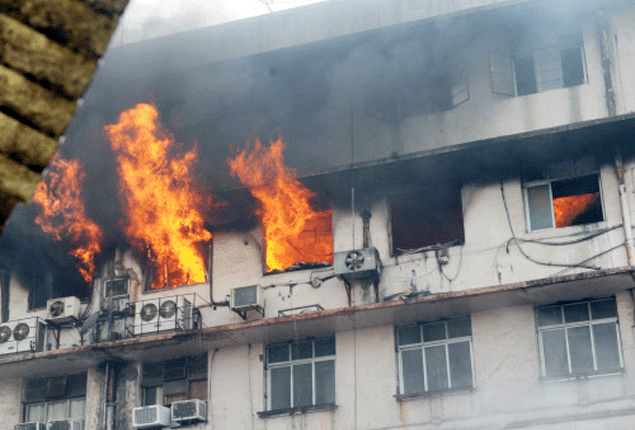 A fire broke out in a shopping center in Borivali East on Saturday. 14 fire vehicles have arrived on the spot. Robots have also been installed for fire control. The cause of the incident is a short circuit. As it was morning, only a few people were present in the shopping center.

Due to fire, the smoke was spread in the surrounding area. The fire was first set in the basement of Indraprastha Shopping Center, which then further spread to the second floor. The building’s side grills were broken with the help of JCB for ventilation. At the moment, no casualties were reported in the accident. According to the fire brigade, it was a Level 4 fire.

The fire was controlled through robots

Chief Fire Officer Prabhat Rahangadale said that a fire brigade robot has been deployed to prevent the fire from spreading. It tried to control the fire. 14 fire engines and 13 jumbo tankers were used to extinguish the fire. The security in-charge of the complex claimed that a shop in the shopping complex caught fire due to a short circuit.

The security in-charge here said- The fire started at around 2:55 pm. Our guard informed the fire brigade by phone. There are 77 shops inside the complex. All of them sell mobile phones and electronic goods. It has predicted the loss of crores of rupees. Ventilation work was done on the spot with the help of JCB.

Characteristic of the robot

Last year in July 2019, Mumbai Fire Brigade got this robot. This Fireproof robot is worth about one crore rupees. It enters and extinguishes the fire. This robot weighing around 400 to 500 kg has thermal cameras that can take clear pictures even in smoke.

PM Narendra Modi pays tribute to Swami Vivekananda On His Birth Anniversary; Every…