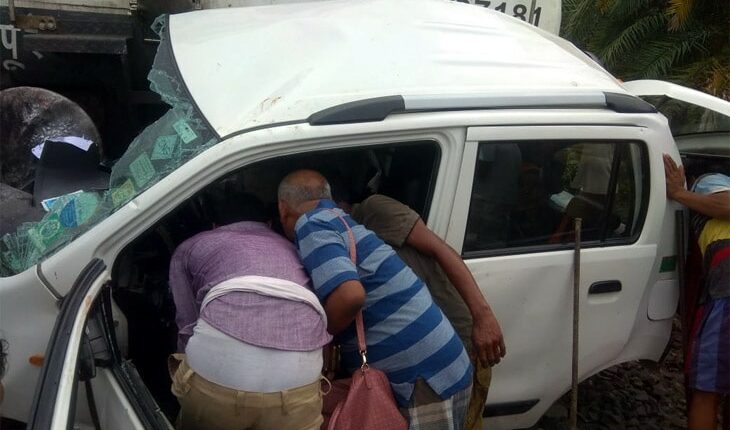 A car stuck on the railway track on Saturday morning near Potahi station of Patna-Gaya railway section hit the Ranchi Janshatabdi Express. The car dragged along the engine of the train and went for about a kilometer. The husband-wife and child died in a car accident.

Sumit Kumar, a software engineer working in a private company, was going to his in-law’s house in Dharahara in Potahi with his wife Nisrita Bihari and a 5-year-old son Parneet Kumar. He tried to cross the railway crossing near Potahi station at around 7 am. The car got stuck on the rail track. Jan Shatabdi Express arrived before Sumit could get out of the car with his wife and child.

After the collision, the car dragged along the train for about a kilometer away. The driver stopped the train by applying an emergency brake. With the help of the people of the village, all three were taken out of the car. Sumit and his wife died in the car. The condition of a five-year-old child was critical. He was rushed to the hospital where the child died during treatment.

Accident in Bihar: husband and wife died dragging for one kilometer with train engine after collision

PM Narendra Modi pays tribute to Swami Vivekananda On His Birth Anniversary; Every…