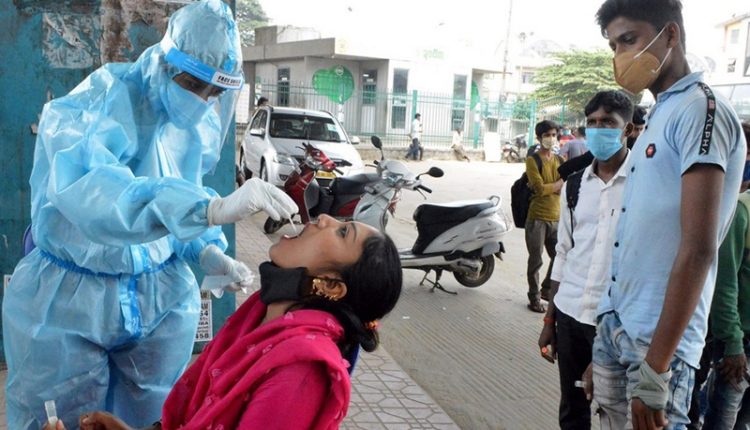 Scientists at the Indian Institute of Technology (IIT) have estimated based on their mathematical models that the second wave of coronavirus epidemic in India will peak between 11 and 15 May and the number of under-treated patients in the country at that time ranges from 33 to 3.5 million And thereafter cases will decrease rapidly by the end of May.

In India, 3,32,730 (3.32 lakh) new cases of infection were reported on a single day on Friday while 2263 people died. With this, the number of under-treated patients in the country has increased to 24,28,616. Scientists from IIT Kanpur and Hyderabad have estimated the number of under-treated patients to rise to 10 lakhs by mid-May before the reduction in cases, based on the applied ten susceptible, undetected, tested (positive) and remove approach (formula) model.

Scientists say that Delhi, Haryana, Rajasthan and Telangana may touch new highs in the context of new cases from April 25 to 30 while Maharashtra and Chhattisgarh may have already reached the peak in terms of new cases.

“We found that there is a logical reason for the increase in the number of under-trained patients between May 11 and 15 and it could be between 33 to 35 lakh,” Maninder Aggarwal, professor in the computer science department of IIT Kanpur, told PTI-Bhasha. This is rapid growth, but at the same time, new cases are also likely to come down and it will decrease dramatically by the end of May.

Scientists have not yet published this research paper, and they say the formula model has many special aspects, whereas earlier studies were divided into patients without symptoms and infections. The new model also takes cognizance of the fact that a portion of patients with no symptoms can be detected by screening or other regulations for people exposed to the infected.

Earlier this month it was estimated through mathematical models that the rate of infection in the country would reach its peak by 15 April but this did not prove to be true. Aggarwal said, “The parameters of our model are constantly changing for the current stage, so accurate estimation is difficult. Even a case change in daily cases can increase the number of vertices by thousands.”

Agarwal said that three parameters have been used in the model to predict the epidemic. The first beta or contact, which is calculated based on how many others infected one person. He told that the second criterion is how much population came in the impact area of ​​the epidemic, the third criterion is the likely proportion of confirmed and unconfirmed cases.