When the revolution of 1857 started on the call of Mangal Pandey, India’s first freedom struggle 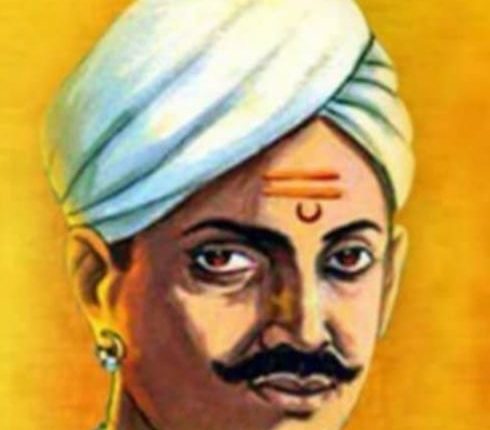 Today, 8 April is the death anniversary of India’s first freedom fighter Mangal Pandey. He was the first to play the trumpet against the British against the independence of the country. The revolution that took place at that time is known in history as the revolution of 1857. He was hanged by the British on 8 April 1857. For this, the British had to call the executioners from Calcutta because the local executioners refused to do so.

The revolution of 1857 began on 29 March. At that time Mangal Pandey was posted in Barrackpore under the 34th Bengal Native Infantry. His battalion was given an Enfield P53 rifle, a .877 Caliber gun. It was very strong and its target was also infallible. It was far better than a brown bass rifle. But the cartridge used in it had to be cut open with a tooth. After this, it had to be inserted in the barrel of the gun. Here they were given cartridges with grease on the upper shell which protected the cartridges from sealing. It was widely spread among the soldiers about this cartridge that the fat of cow and pig is used in making it.

Mangal Pandey announced the Indian soldiers to blow up the bugle against the British and thus began the revolution of 1857. It is said that once Mangal Pandey also tried to kill himself in which he was injured. Mangal Pandey was finally arrested and he was court-martialed on April 6, 1857, in which he was convicted and sentenced to death. He was hanged from a tree on 8 April 1857.

Mangal Pandey was born on 30 January 1831 in a Brahmin family in Nagwa village in Ballia district, Uttar Pradesh. However, some historians refer his birthplace to village Surhurpur in Faizabad. His father’s name was Diwakar Pandey. In 1849, Mangal Pandey joined the army of the British East India Company at the age of 22.

PM Modi’s meeting with Chief Ministers at uncontrollable pace of Corona in the country, Mamata will not come this time too!