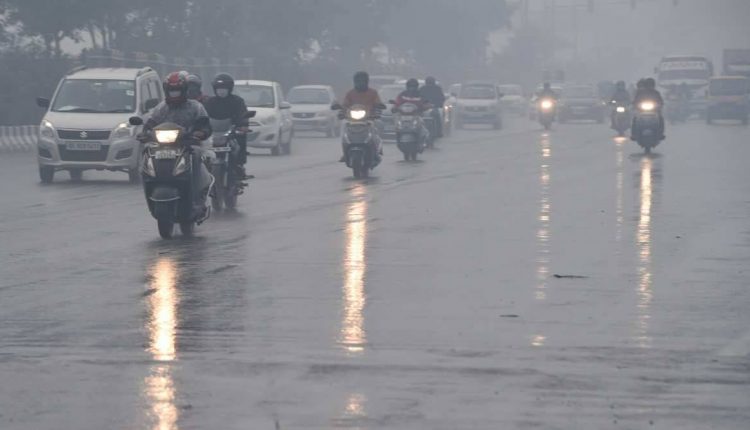 The weather may once again see a change. At Jammu and Kashmir and the adjoining areas, there is western disturbance along with a cyclonic circulation over the central part of Pakistan. Due to its effect, rainfall is expected in many states.

According to the Meteorological Department, there are chances of rainfall in Nagaland, Manipur, Mizoram, Tripura, Arunachal Pradesh and Sikkim. The department has issued a yellow alert for all these states. Along with this, the northeastern states of Assam and Meghalaya are also expected to have strong winds and rainfalls.

Light to moderate rainfall is expected at one or two places in the northern districts of Haryana. Light rains are expected along the coasts of Telangana and Andhra Pradesh. Rain, thunderstorms and dust storms may occur in North Rajasthan, Delhi and parts of West and Central Uttar Pradesh on 23 April.

Thunderstorm alert issued in many districts of Bihar

The Meteorological Department has issued an alert for another disaster in Bihar. The next few hours can be heavy for 20 districts of Bihar. The Meteorological Department has issued an alert regarding storms and rain in these districts. At the same time, lightning can also fall with thunder-glow. This alert was on till noon today. In such a situation, people need to be more careful in the alert districts.

According to the weather forecast of the Meteorological Department, Muzaffarpur, East Champaran, West Champaran, Darbhanga, Supaul, Saharsa, Madhepura, Patna, Madhubani, Vaishali, Samastipur, Sitamarhi, Sheohar, Saran, Gopalganj and Siwan are included. There is a risk of rain and storm in these areas. The Meteorological Department has issued an alert for caution in these areas during the precautionary measure.