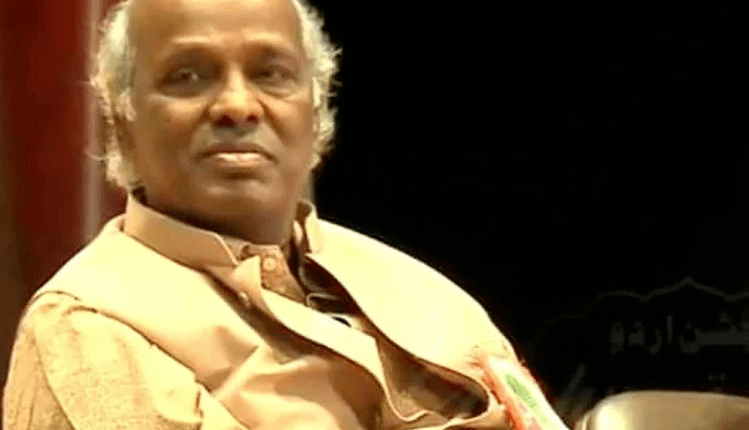 The famous Urdu poet ‘Rahat Indori’ is no more. On Tuesday morning, he reported himself to be Corona on Twitter. At the age of 70, this infection was a serious issue. But, the community of poets familiar with the character of Rahat was sure that this time Corona had confronted the wrong man. But, it was something else to be. Rahat also developed pneumonia and three consecutive heart attacks. After this, at 5 p.m., news came that this poet has left the world.

Dr. Rahat Indori was taken to the cemetery from the hospital. 20 people were allowed to offer prayers. Rehan Haji performed the Namaz.

Childhood passed in Muflissi, the family had to be homeless

1 January 1950, The day was Sunday when Rahat Sahab was born to Rifat Ullah Saheb. According to the Islamic calendar, it was 1369 Hijri and the date was 12 Rabi ul Awal. Rahat’s brother-in-law Rifat Ullah came to Indore from Sonkachh Dewas district in 1942. Rahat Sahab’s childhood name was Kamil. He was later renamed to Rahat Ullah.

Rahat Sahab’s childhood was spent in Muflissi. Walid drove an auto after coming to Indore. Worked in the mill. But the economic recession was going on in those days. From 1939 to 1945, the Second World War also had an impact on India. The mills closed or had to be laid there. The job of Rahat Saheb’s father also went away. Things became so bad that Rahat Sahab’s family had to go homeless.

Rahat was restless for 4-5 days, the investigation revealed pneumonia and corona

Rahat Indouri’s son and young poet Sutlej Rahat had told that the father used to go out of the house only for regular checks for four months. He was getting restless for four to five days. Pneumonia was confirmed when X-rays were done on the advice of doctors. The samples were then sent for examination, in which they were found to be corona infected. Rahat had heart disease and diabetes. Was placed in the ICU due to shortness of breath.
Vinod Bhandari, director of Aurobindo Hospital, said that on Tuesday evening, he had a heart attack and a severe attack. After that once in a while, Rahat also made a comeback, but could not recover again.

He wrote songs in films like Munnabhai MBBS and Murder

His gazal ‘Bulati hai magar jane ka nhi’ is the most viral and shared. The TikTok users used this line in their content, many social media platform used this line for making memes and cross-overs. The link to this gazal: https://www.youtube.com/watch?v=0hpeiw3i-jQ