US Navy entered into Special Economic Zone of India, did maneuvers near Lakshadweep without permission 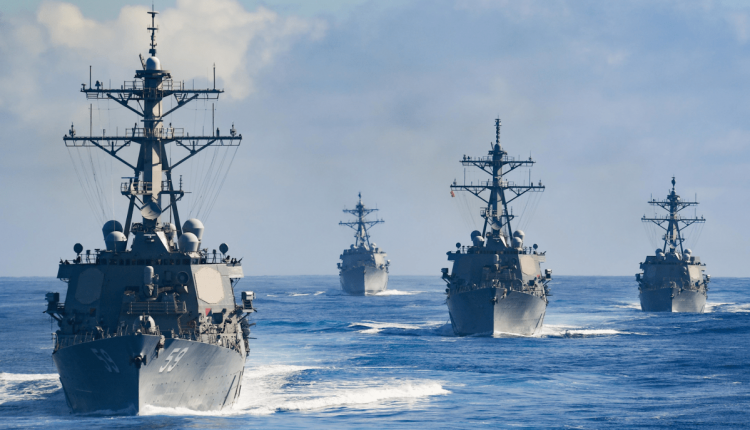 The US Navy’s 7th Battle Fleet issued a statement saying, “The USS John Paul Jones (DDG 53) warship consented to India about 130 nautical miles west of the Lakshadweep Islands within the Special Economic Zone (SEZ) of India. Freely followed navigation rights in conformity with international law. The statement said that India needs prior consent for maneuvers through the Navy of another country in its special economic zone or continent, but this claim is contrary to international law. However, the freedom of navigation operations through the US Navy has upheld the rights, freedoms and legitimate uses of the sea in accordance with international law, challenging India’s excessive maritime claims.

Under Indian maritime laws, India has SEZ areas up to 200 nautical miles from the coast to the sea. Before any naval warship comes here, permission has to be obtained from the Indian Navy. Many times Chinese warships try to come here, then Indian warships chase them away from here. But so far there has been no statement from the Indian Navy on the navigation in the SEZ of the Seventh Fleet of the US.

The 7th Battle of America Bede has done this navigation at a time when relations between India and America are becoming very strong. Both have formed the quad against Japan along with Japan and Australia. The navies of the four countries participate together in the Malabar Exercise. By the same week (5-8 April), warships of the four countries in the Bay of Bengal participated in the La-Pourose Exercise under the aegis of the French Navy. On 28 March, the US Carrier Strike Group, UAS Theodore Roosevelt took part in the passage exercise with the Indian Navy in the eastern Indian Ocean.

Till now, the US Navy had the freedom of navigation in the South China Sea because the Chinese Navy in the South China Sea does not allow warships or warships of any foreign country to enter. However, entering the Special Economic Zone of India for the first time through the seventh combat fleet of the US Navy has surprised everyone. This is the seventh battle fleet, which had entered the Bay of Bengal against India in 1971 to help Pakistan.

Seventh Fleet said in a recent statement that US forces operate in the Indo-Pacific region on a daily basis. All operations are designed according to international law and demonstrate that the US will fly, navigate and operate wherever international law allows. We conduct regular freedom of navigation operations, as we have done in the past and will continue in the future. Freedom of navigation is not about a country, nor are they about making political statements.