The pace of spreading greenery will double in the country, 253 crore plants will be set up annually by 2023-24 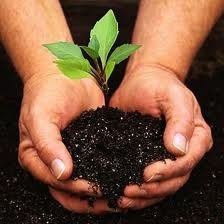 In the midst of increasing challenges of climate change and pollution, the government has also started working fast on measures to deal with it. At present, in the major step taken in this direction, it has been decided to double the speed of spreading greenery. Along with this, new plantation targets have also been set, in which 253 crore saplings will be planted annually by the year 2023-24. Till now this target was set to plant only 121 crore plants annually. However, 150 crore saplings are being planted annually across the country at present. Meanwhile, with the increased goals of the plantation, the work of setting new targets has also been started for the states.

Similarly, a total of 253 crore saplings will be planted in the year 2023-24. According to the ministry, these new plantation targets have been fixed keeping in view the increasing challenges. However, the major challenge with these goals is its success because in many states this plantation is seen more on paper and less on the ground. This is the reason why the Ministry of Forest and Environment has also started to use technology in plantation campaigns in which live tagging is being done in such areas.

New targets will also be set for the states

According to the ministry, along with these plantation goals, new targets will also be set for the states soon. However, it will be decided on the basis of the previous goals of the states. This amount is given to the states from the CAMPA (Compensatory Afforestation Fund Management and Planning Authority) fund by the Central Government for plantation. The environment ministry is also very excited about increasing greenery in the country because it has got good success in this campaign. According to a report, between 2014 and 2019, the forest area and lush green areas have increased by 13 thousand sq km in the country, which is a record in itself.

Piyush Goyal wrote a letter of appreciation to Railway employees

Rajasthan Lockdown: 15 days lockdown in Rajasthan from today, know what is open…