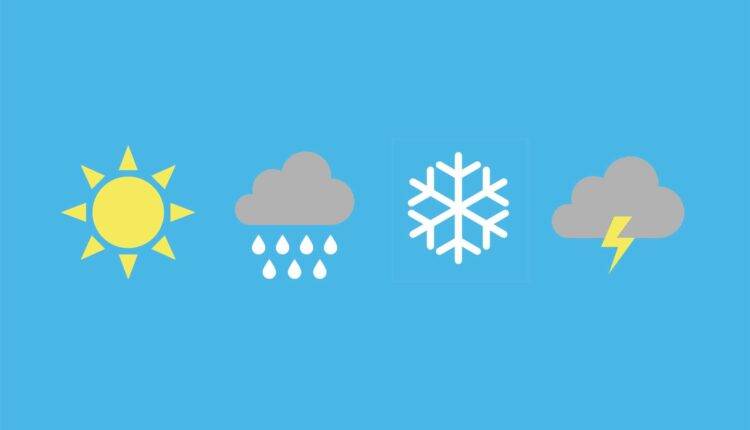 Bhubaneswar IMD Director HR Vishwas told that in the last 24 hours, there have been more and more heavy rainfall in Odisha. Jajpur district recorded the highest rainfall of 348 mm. Yesterday was 14% less than normal, due to more rain in one day, now it is just 9% less.

According to Sky Weather report, the axis of Monsoon trough has shifted to Rajasthan in the south. At this time, the Monsoon trough is reaching the low-pressure area over Odisha via Jaisalmer, Ajmer, Umaria, due to which rains may occur in the adjoining areas of Rajasthan and Odisha. Please tell that there was heavy rain in Jaipur yesterday.

Thunderstorms in many areas of Bihar

The Meteorological Department said in a statement that it is raining in many areas of Bihar. With rain, there is a possibility of frost in some areas.

Officials of the UP Meteorological Department shared that heavy rains are forecast in many districts of UP till August 20, in view of which instructions have been given to all districts to take precautions.

The Meteorological Department has predicted cloudy and light to moderate rainfall in the city on Saturday. The national capital received the highest rainfall for this monsoon on Thursday. This caused water logging in many parts of the city and affected traffic.

According to the reports, light rains are likely to occur at some places in Punjab, Haryana, Gangetic West Bengal, Bihar, Delhi and Northeast India.

Forecast of rain in North India

There is a possibility of widespread rainfall in North India today. Rainfall is expected for the next two days in parts of northern India, including Himachal Pradesh, Uttarakhand, Punjab, Haryana, Chandigarh, Delhi, Uttar Pradesh and East Rajasthan.

As per reports, light rain may occur at some places in interior parts of Karnataka, Tamil Nadu, Andaman and Nicobar Islands and Lakshadweep. At the same time, it has been predicted to be soft in the weather.

Before Independence Day, there has been raining in many areas of Delhi and Rajasthan. At the same time, there was heavy rain in Jaipur, the capital of Rajasthan, due to which life was disturbed for some time.

In eight districts of Madhya Pradesh, the Meteorological Department issued an “Orange Alert” on Friday morning with the forecast of very heavy rainfall. Precaution is advised in all districts

Two dead in the rain

In Uttar Pradesh, due to torrential rains, a family of two people died and two others were injured when a crude house wall collapsed.

Monsoon is still very active in northwest India. Today there is a possibility of light rain in Delhi. Senior Meteorologist RK Gennami has told that changes will be seen in Delhi and its surrounding areas today.