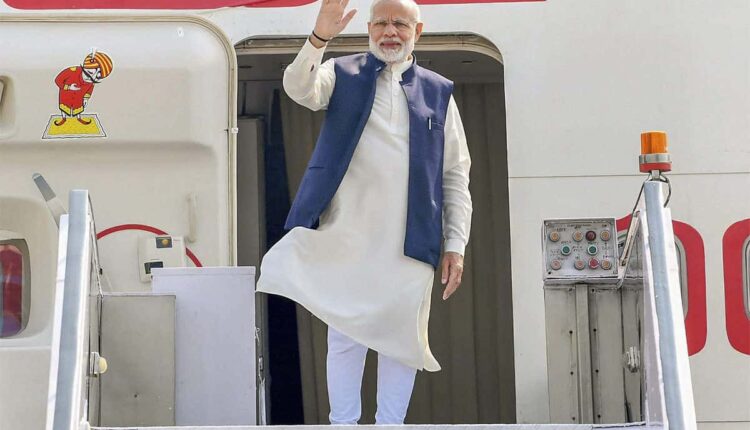 Prime Minister Narendra Modi’s foreign visit which was stopped due to outbreak Covid-19 across the world which may again resume by March 2021. After almost one year PM Modi will resume his foreign visit by visiting Bangladesh and then he is planning to visit Portugal. The visit to Portugal is considered significant given India’s relationship with the European Union. After this, he has been invited to attend the meeting of Group-7 countries to be held in Britain in June 2021.

The Group-07 meeting to be held in the UK this year will not be significant only for the third time in a row that India has been invited as a special guest to attend the meeting of the world’s seven strongest countries, but rather in this meeting PM Modi will meet the upcoming President of America, Joe Biden. Not only this, after a long time in this meeting, PM will face to face meet global leaders. This meeting will also be important in terms of global diplomacy as it will be seen whether the new President of the United States, Biden, advances President Trump’s policy on Group-7 countries or shows his new thinking. Trump had planned to create a separate organization of 10 democratic countries in place of Group-7 and also invited PM Modi for this. But this meeting could not be held due to the corona pandemic.

PM Modi has always been giving importance to the visits of his neighbouring countries under his Neighborhood Policy. In this order, preparations are going on with his visit to Bangladesh. He was supposed to go to Dhaka capital of Bangladesh in March 2020 but was cancelled due to Corona pandemic. Later in December 2020, there was a virtual meeting between the Prime Ministers of the two countries and in which PM Sheikh Hasina invited Modi to attend the event in March 2021 on the 50th anniversary of Bangladesh’s independence. Similarly, PM Modi’s second foreign trip this year, Portugal, will also make up for the unforeseen visit of last year. May then to participate in the India-EU annual meeting.