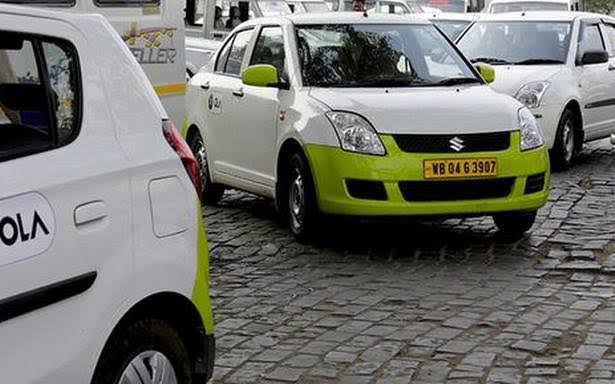 Ola Cabs banned in Bengaluru the Garden City of India

Ola Cabs banned in Bengaluru: Bangalore, the capital city of Karnataka is facing major issues with the Ola. Transport Department of State has cancelled their licence and banned them for half a year. Ola from now onwards will not be seen plying on the roads of Bangalore. The ban on Ola by the government seems like a result of the cab collecting bike, taxis of Ola be violating the government rules.

The license of Ola cabs is cancelled for six months. Order of suspension of Ola cabs was implemented on March 18, they have been charged because of violating rules and regulations.

Karnataka transport department has issued a legal notice to the company stating that there will be no Ola cabs running around for the business, because of some misfortunes occurred between the company and government.

Karnataka government department has suspended collecting license given M/s Ani Technology Pvt. Ltd. Ola cabs, Bangalore for six months, this means Ola cabs will not be running in the Garden City. The department stated that the rule came because of Ola drivers not following the government rules and they did not respond to the department notice.

Karnataka government notice stated that- “Earlier this year, the transport department of employees has seized the vehicle which was operating under Ola. The officers submitted the report to the commissioner and they are waiting for any prior notice. According to section 11(A), the Karnataka on-demand transport department can decide to cancel the license of the cab aggregator as there is a violation of rules”.

The notice further added “A notice must be sent to the company in question asking about the failures of this case. On February 15, 2019, the transport department has sent Ola a notice, asking the company to respond to this problem ASAP. Ola then sends, it replies on 3 March 2019. The reply was not satisfactory and did not prove worth for it. Transport department then on March 18, 2019, decided to cancel the license for half a year.

Ola will now have to submit an original copy of their license within three days in order to solve this issue.

IPL 2019 Prediction: Can RCB get everything right this time?