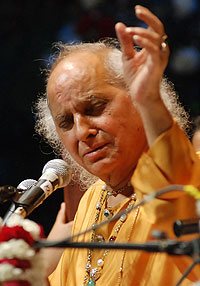 He said, “We pray that Lord Krishna welcomes him to the gate of heaven where he dedicates his favourite hymn” Om Namo Bhagavate Vasudevaya “to him. We pray for the peace of his soul. He continued, “Thank you for your prayers. Bapuji Jai Ho ‘Pandit Jasraj, who celebrated his 90th birthday in January this year, gave his last presentation on Sankatmochan Hanuman Temple in Varanasi via Facebook Live on Hanuman Jayanti on April 9. Prime Minister Narendra Modi has mourned the death of Pandit Jasraj.

The PM tweeted, ‘Pandit Jasrajji’s unfortunate demise has left a big place in the Indian music world. Not only was his performances extraordinary but he also created a different identity as a Guru. My condolences to his family and his fans spread across the world. Om Shanti. ‘Congress MP and former Union Minister Jairam Ramesh have also expressed grief over the death of Pandit Jasraj. Panditji belonged to the Mewati Gharana of classical music. He was born on 28 January 1930. He is survived by his wife Madhu Jasraj, son Sarang Dev and daughter Durga Jasraj. He had mastery in Khayal singing and Thumri. He was awarded many honours in the field of music including Padmabhushan. 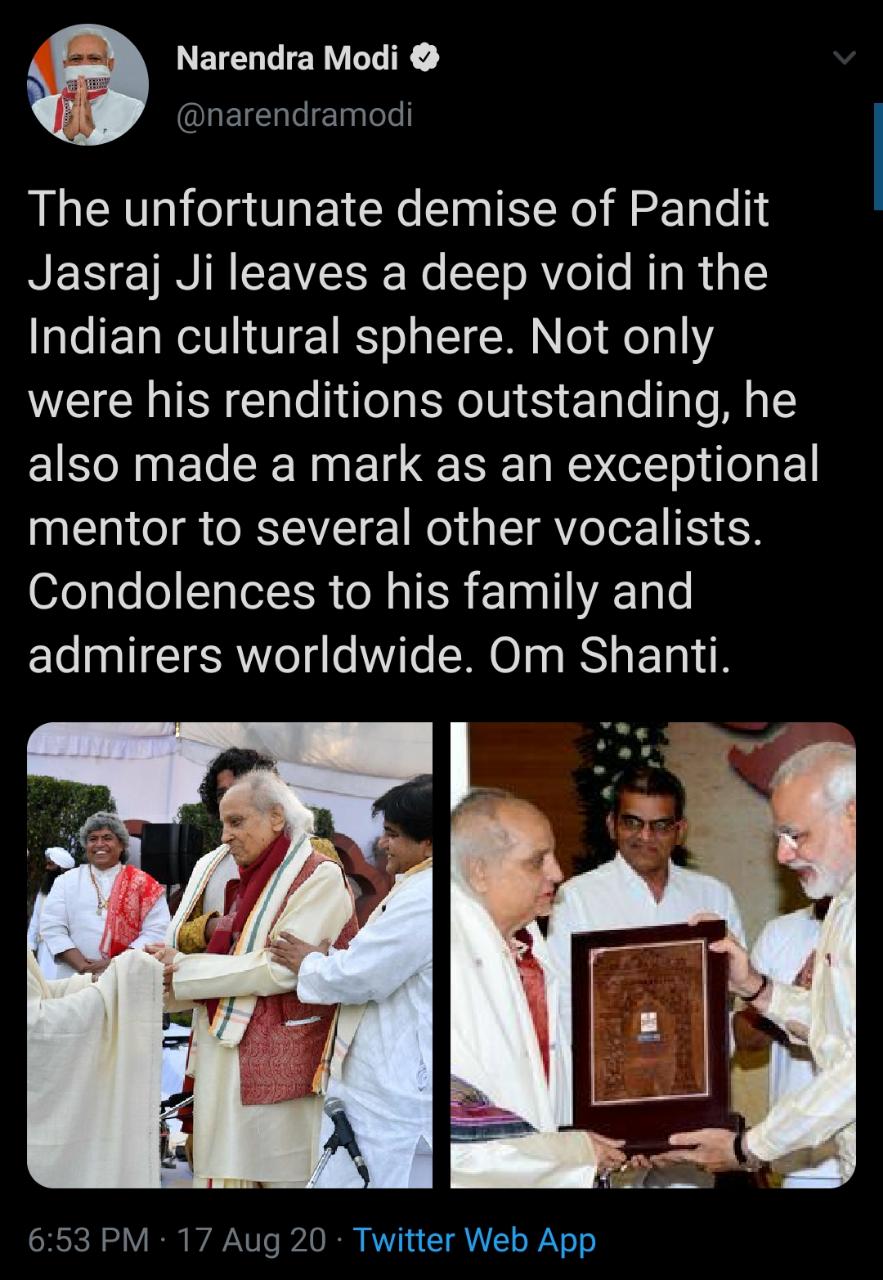