Naxalite attack: Was there a strategic lapse or failure of intelligence? 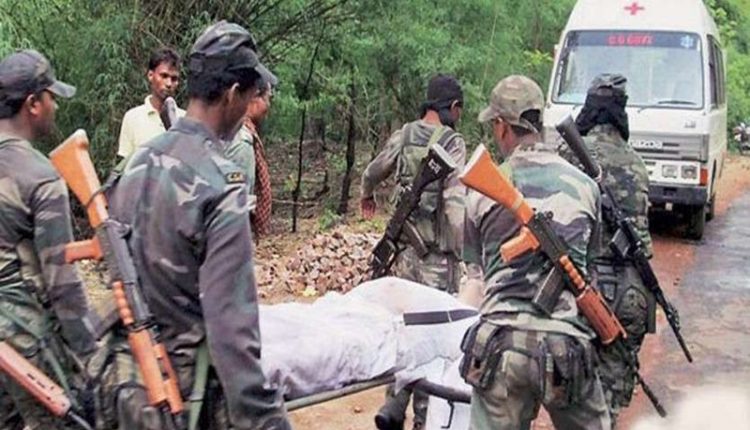 Share FacebookTwitterGoogle+ReddItWhatsAppPinterestEmail
After the martyrdom of 22 soldiers in the Naxalite attack in Bijapur, Chhattisgarh, some serious questions have arisen as to whether it was a strategic lapse or should it be considered a failure of the intelligence system? Was there a lack of mutual coordination among the soldiers, due to which two thousand jawans, with state-of-the-art weapons, could not compete with a few hundred Maoists? Did the Maoists carry out this attack because the security forces in their base area have put up their flags and the Maoists are finding it difficult to save their area?
Only the government can give a better answer to all these questions, but it is a pity that even today, the government has no concrete strategy to deal with or eliminate the growing Naxal problem for the last 40 years.
According to the government, 8 districts of Naxalites are affected in Chhattisgarh. These include Bijapur, Sukma, Bastar, Dantewada, Kanker, Narayanpur, Rajnandgaon and Kondagaon. Whenever the security forces or police go to naxalites, these Naxalites attack them. According to the annual report of the Home Ministry and the reply given in the Lok Sabha, in the last 10 years i.e. from 2011 to 2020, there were 3,722 Naxalite attacks in Chhattisgarh. We lost 489 soldiers in these attacks.
If we look at the figures of Maoist violence in Chhattisgarh, it is found that the Naxalite attack in the Bastar range is more like a pattern between March and July. If we look at the history of previous attacks, most of the Naxalite attacks and casualties have occurred between March and July. Sources say that this happens because usually the CPI (Maoists) plan to conduct their counter-attack only between February and June.
His campaign also includes plans for an aggressive military campaign. Between March and July, they plan an attack so that they can tackle it before the monsoon. The situation in these areas becomes very bad during the monsoon. It is a matter of concern that even after the campaign started about 15 years ago against the left-wing extremists, the security forces are still fighting in the Bastar region.
Actually, this area, which is called the stronghold of the Maoists, is dominated by the battalion number one of the Maoists. From the tales about Madvi Hidma, the commander of this battalion, it can only be inferred that Hidma is synonymous with offensive strategy.
The encounter that took place on Saturday is close to Hidma’s village, Puvarti. Madvi Hidma alias Santosh alias Indmul alias Podiyam Bhima alias Manish, who was associated with the Maoist organization in the 90s, is said to have been given significant responsibility in the organization after killing 76 soldiers in Tadmetla in 2010. After this, the same mind was told to the mastermind of Jhiram Valley. There is a reward of 35 lakh rupees on this.
On 25 May 2013 in the Jhiram Valley of Bastar, the biggest attack by any Maoists in India was on a political party. In this attack, 29 people, including most of the top leaders of the Congress Party’s first line, were killed in the state.
The government claims that the Maoists have broken their back in the last few years and violence has reduced, but in contrast, former state home secretary BKS Ray says that “the Maoists are executing incidents one after the other. It does not appear that They have weakened from elsewhere. The government has no policy regarding Maoism. The policy of the government is that after every major Maoist incident, a statement is issued that the martyrdom of the soldiers will not go in vain. I am astonished that the government Nothing is doing in the direction. If there is a policy, then it will be implemented. “
ChhattisgarhNaxalNaxal attack
Share FacebookTwitterGoogle+ReddItWhatsAppPinterestEmail

From today, the journey can be started without reservation, Railways started 71 new trains, see complete list

Coronavirus in India: All 3693 monuments in the country including Delhi’s Red…