Mamata Banerjee announced to give the free vaccine in Bengal 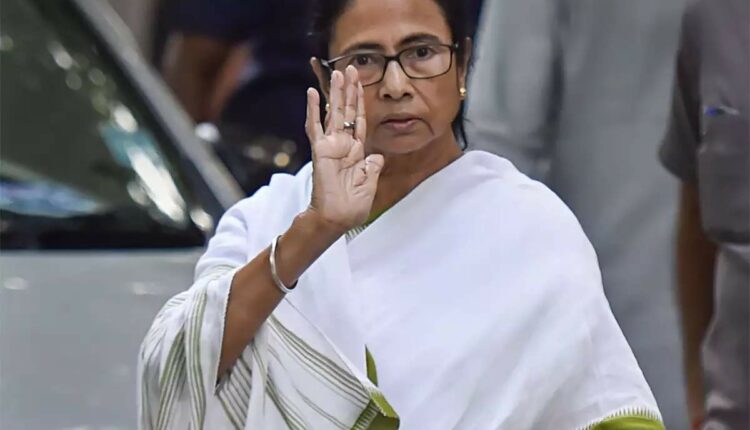 Before the assembly elections in West Bengal, the politics of vaccine has also come to limelight. Bengal’s Mamta Banerjee has made a big announcement. She said that arrangements are being made to give the free vaccine to everyone in the state. It has been announced yesterday that vaccination work will start in the country from January 16. Today, Mamta announced the free vaccine.

The BJP says that Mamata is trying to take credit for the work of the central government. BJP is constantly trying to surround the Mamata government. Yesterday, BJP President JP Nadda held a rally and roadshow in Bardhaman. On the other hand, Governor Jagdeep Dhankar after meeting Amit Shah said that terrorist organizations are spreading in the state.

CM Mamta Banerjee said that I am happy to announce that our government is making arrangements to provide the Covid-19 vaccine facility to all the people of the state at no cost.

In the first phase, 300 million people will be given a free vaccine.

On January 3, two vaccines, Bharat Biotech Covaxin and Oxford-AstraZeneca’s Covishield manufactured by Serum Institute of India were approved for emergency use. In the initial stages of the vaccination program, first priority will be given to health workers, frontline workers, whose estimated number is about three crore rupees. After this, vaccines will be given to the victims of serious diseases above the age of 50 years, whose estimated number is around 27 crores. All these 300 million people will get free corona vaccine.

Prime Minister Narendra Modi will hold a meeting with the Chief Ministers of all the states of the country on Monday. Delhi Chief Minister Arvind Kejriwal will also take part in this meeting. It is possible that Kejriwal will raise the issue of getting free vaccine across the country in a meeting with the Prime Minister. This meeting called for Corona vaccine will be held at 4 pm on Monday.