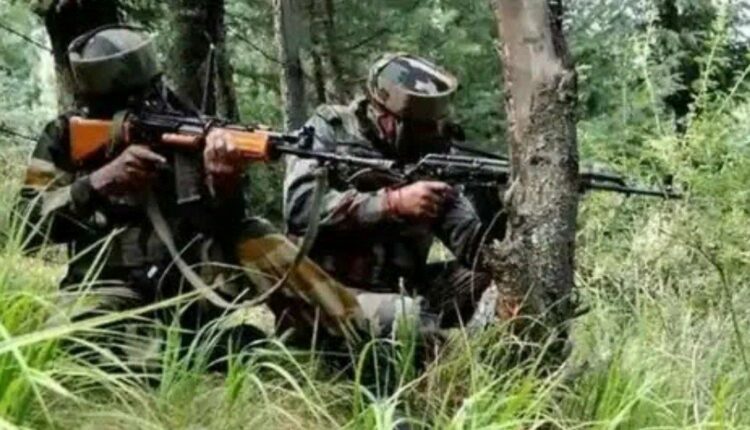 Three terrorists have been killed by security forces during an encounter in Pulwama, Jammu, and Kashmir. Three terrorists were killed on Saturday morning in an encounter with security forces during a siege and search operation in Pulwama, Jammu, and Kashmir. However, during this time, an army soldier also died. This is the second incident of Kashmir encounter in the last 24 hours and so far seven terrorists have been killed in it.

The encounter, which lasted about three hours, succeeded in killing three terrorists. However, he has not been identified, but on the basis of the goods received from him, it is feared that his al-Badr may be. Police said the operation was carried out in a very professional manner. Due to this, the security forces have not suffered any kind of loss.

He said that while the security forces were moving towards the targeted area, the terrorists hiding there started indiscriminate firing on them with automatic weapons. Security forces also retaliated with which the encounter started. Three terrorists were killed and one jawan was injured in this encounter. The injured jawan was admitted to the hospital, where he died during treatment.

Colonel Kalia said that a large number of arms and ammunition and objectionable material including an AK rifle and two pistols have been recovered from the encounter site. He told that the campaign was going on till the final information was received. Earlier on Friday, security forces killed 4 terrorists during an encounter in Shopian. In this way, the security forces have killed 7 terrorists in the last 24 hours.

Earlier on Friday, security forces busted a terrorist hideout of Jaish-e-Mohammed in Jammu and Kashmir’s Pulwama district. A police spokesperson said that security forces started a search operation hereafter the presence of terrorists of the banned outfit in the Takia Gulbagh Tral area of the Anantipora area of this district of South Kashmir. He said that during a search of the area, a hideout of Jaish was discovered which was later destroyed.

5 Of The Best Hair Gels to Style Your Hair