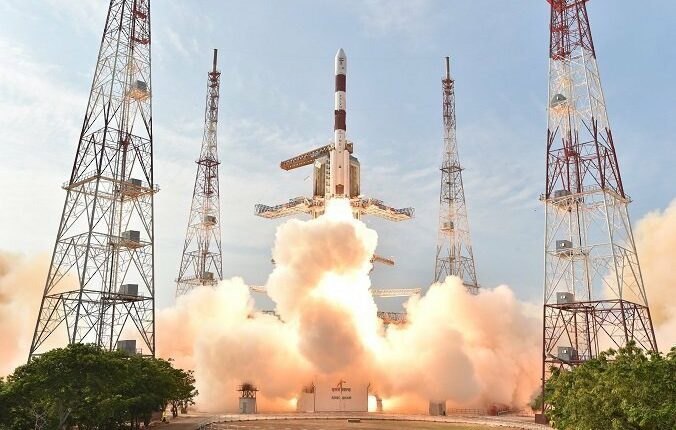 INSAT-4CR is a communication satellite, launched in September, 2nd, 2007 by ISRO to fulfill country’s requirement in the field of telecommunication and planned for the duration of 12 years but elapsed in 11 years and replaced by GSAT-31.

On  February 6th, 2019 at 21:01 UTC, Indian Space Research Organisation (ISRO) launched GSAT-31 from  Kourou ELA-3 launch base, French Guiana through the 103rd flight of Ariance 5 VCA. It’s Arianespace first successful launch of the year. GSAT-31 is a mass of about 2536 kg(5,591 lb), it’s payload band is Ku, with a mission duration of 15 years and will act as a replacement of dying satellite INSAT-4CR. It basically provides advance telecommunication to Indian Subcontinent.

ISRO chief K Sivan told before the launch that GSAT-31 is a heavy satellite and it’s an emergency launch as INSAT-4CR going to die soon so that communication services not get affected. He also told GSAT-31 can only be launched with GSLV Mk III but Mk III rockets already booked for Chandrayaan-2 and other missions. So GSAT-31 band with Ku transponder capacity in the geostationary orbit.

Satish Dhawan Space Centre (SDSC), Director, Mr.S Pandian, who represented ISRO for the launch congratulate Arianespace for a successful launch of GSAT-31 and also talked about ISRO new launch of another communication satellite GSAT-30 with Arianespace in June-July and it will provide high-quality television, telecommunication and broadcasting services. On other hands, Stephane Israel, CEO of Arianespace told about the last year launched of India’s heaviest satellite GSAT-11 (mass-5,854kg) and hoped for stronger friendship with India.

After the launch of satellite GSAT-31, the two solar arrays of GSAT-31 automatically deployed in quick succession and ISRO’s Master Control Facility at Hassan in Karnataka took the control of the satellite and found it’s normal. GSAT-31 satellite will provide huge coverage over a larger oceanic region of the Arabian Sea, Bay of Bengal and other Indian Oceans with Ku band transporter.