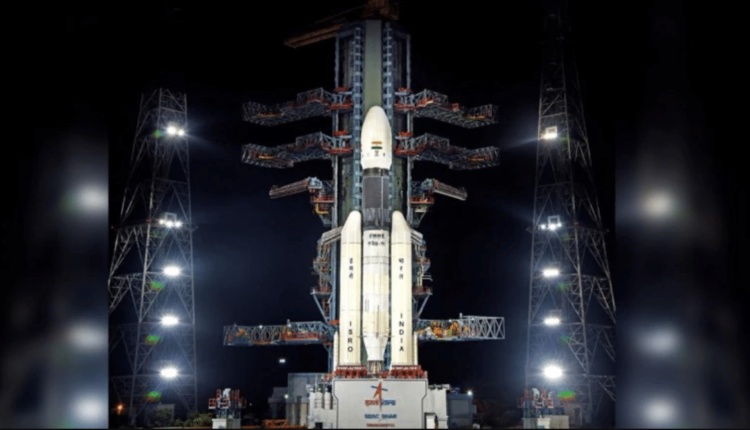 Chandrayaan-2 mission was described as one of the most complex ever undertaken by the Indian Space Research Organisation (ISRO). Chandryaan-2 was going to be carried to its designated orbit by ISRO’s most powerful launcher 640-tonne GSLV MK-III or “Bahubali”, a three-stage vehicle which is capable of launching 4-tonne class of satellites to the Geosynchronous Transfer Orbit (GTO) in the space.

It was planned that 973.7 seconds after lift-off from Sriharikota, Chandryaan-2, carrying with it the Lander-Vikram and the Moon Rover-Pragyaan, will get separated from the rocket and head to the south pole of the Moon. The journey of Chadrayaan 2 is expected to take nearly two months (54 days) from the launch date. The distance between the earth and the moon is calculated to be about 3.844 lakh km, and the lander-orbiter separation will take place on the 50th day of the journey.
The Lander named Vikram is designed to make a soft landing on the Moon after the vessel reaches the Moon’s Surface and then the Rover, Pragyaan will then roll out to carry out the designated experiments. The landing of the lander Vikram was planned between two of the craters on the Moon and the rover Pragyaan, to travel up to 0.5 km at a speed of one centimeter per second and to communicate with the lander.
The rover will utilize solar energy for its functioning. All the important components of the modules of Chandrayaan-2 were manufactured by Union government-run center in the capital city of Odisha, Bhubaneswar. These components include seven specific assemblies for navigation and inertial momentum of the orbiter in addition to the limbs of the rover ‘Pragyaan’ have also been manufactured by the center at Bhubaneswar. The center had started manufacturing the Chandrayaan-2’s parts in March 2017. In a statement to the media, ISRO said that through the launch of Chandrayaan-2, the space agency aimed to improve the understanding of the Moon, which could lead to discoveries that will benefit our country India and humanity as a whole.

The Decision To Call Off

ISRO officials claimed that every one of the thirteen modules had its own set of scientific experiments and objectives. The lander and rover will only be functional for fourteen days or one lunar day whereas the Orbiter will continue its mission for a year. If everything goes according to plan, the lander will touchdown near the South Pole of the Moon on 6 September 2019.

Former Defence Research and Development Organisation (DRDO) scientist Ravi Gupta gave the decision to call off Monday’s launch of the second lunar mission Chandrayaan-2 and said that it was done at the right time before the occurrence of any big mishap with the vessel.

Chandrayaan 2, the successor to ISRO’s Chandrayaan 1 mission that confirmed the presence of water on the moon – a landmark achievement – was scheduled to spend 14 Earth days checking for more water reserves on the Moon but due to the cancellation of the mission, it is postponed till further notice.

Apart from its disheartening tweet announcing that the Chandrayaan-2 mission has been called off, for now, the Indian Space Research Organisation has also not said much about what happens next.

However, a report by the news agency Indo-Asian News Service (IANS), said that the space agency will now focus on investigating what went wrong on the GSLV Mk-III and will soon provide a new launch date.

Significantly, the problem was observed on board the Rocket and not the Chandrayaan-2 payload, which means that the entire mission is not currently in jeopardy and will surely take a slightly long time to be rectified.

ISRO’s Public Relations Officer (PRO) Guruprasad said the revised launch date will be announced sooner. Till then let us wait for the announcements of ISRO. Keep connected with us to be updated with the latest and trending news every day. Hope to see you soon.