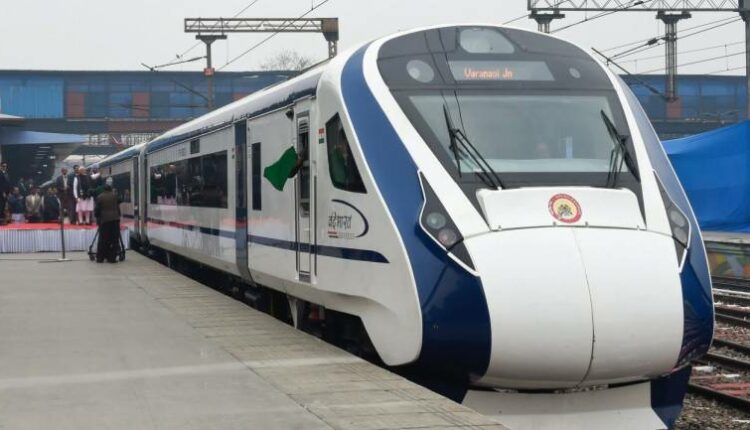 Under Government’s ambitious “Make in India initiative”, Train 18, also known as Vande Bharat Express, was launched on 15th of February 2019.

The semi-high-speed intercity train took 18 months for its completion at Integral Coach Factory, Chennai. After being named as Vande Bharat Express on 27th of January 2019, the unit cost of the first rake is 100 crores and the cost will go down as the production of the train increases.

Although the train’s press run on 16th of February 2019 suffered with the jamming of the brakes, the morning of 17th of February 2019 saw Train 18’s successful first commercial run. Operating five days (Tuesday, Wednesday, Friday, Saturday and Sunday) a week, the train commences its journey at 6 a.m. from New Delhi Railway Station and reaches Varanasi Cantt Railway Station, via Kanpur and Prayagraj, at 2 p.m., covering a distance of 769 kms within a time span of 8 hours.

With an aim of incorporating sleeper cars by May 2019, the train consists of 16 passenger cars with 1128 seating capacity in total.

Having 52 seats each, there are 2 executive class coaches at the center with a fare of Rs 3300 per seat and with a capacity of 78 passengers per car, the fare of chair car is Rs 1755 per seat.

The driver coach is installed at the end of the train so as to allow a faster turnaround at each end of the line. Attaining a speed of 180 kmph during its trials, Vande Bharat Express set a record of the highest speed any train in India has reached during its trail runs.

With an aim to replace intercity sleeper trains like Rajdhani Express, the Government plans to launch Train 20 as a successor to Vande Bharat Express.

Avengers : Endgame Movie (2019) Scheduled to be release on April 26