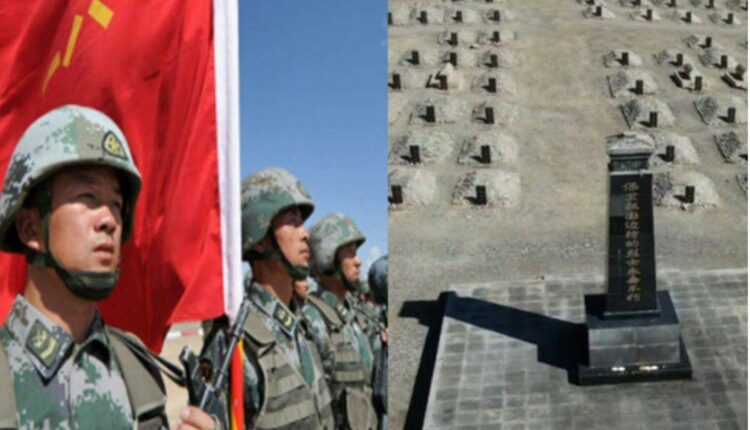 Beijing: In Ladakh, the Indian Army has strengthened its position in some strategically-important places by thwarting the trick of traitorous China (India-China Tension). The English newspaper ‘The Telegraph’ has quoted an official source as claiming that India has strengthened its penetration at some strategically important places in the Pangong Tso Lake area. In fact, as soon as the Indian Army got a clue of Chinese deception, the soldiers of the country sat on the checkpoints already there.

India made inroads near Chushul village
The paper said that the People’s Liberation Army (PLA) of China had allegedly tried to occupy the territory of India. Quoting official sources, the Telegraph has said that in response to the Chinese attack, the Special Operations Battalion has strengthened its position at a location on the hill near Pangong Lake. The source has also claimed that the situation is expected to become tenser.

Indian soldiers are now also stationed at an altitude at the South Bank of Pangong show, leading them to advance positions against China. According to sources, when the news of Chinese infiltration came to light, Indian troops had already reached important places and strengthened their positions at the points on which both countries claimed to be their own. If we look at the North Bank, that is, the finger area, then Chinese soldiers are sitting on the top of Finger-4 and trying to take advantage of the height. Now in the South Bank, Indian soldiers have done the same and are deployed at high altitudes.

China accused India
China’s official media Global Times quoted the PLA’s Western Command as saying that the Indian Army violated the consensus reached in the ongoing talks between the two countries. On Monday, the Indian Army deliberately crossed the Line of Actual Control and took deliberate provocation. At the same time, Chinese Foreign Ministry Spokesperson Zhao Lijin said that Chinese soldiers always strictly follow the Line of Actual Control. They never cross the LAC. The forces on both sides are negotiating the situation there.

“The Witcher Season 2-” The trio Henry Cavil, Freya Allan and Anya Chalotra WILL REPRISE their roles!!