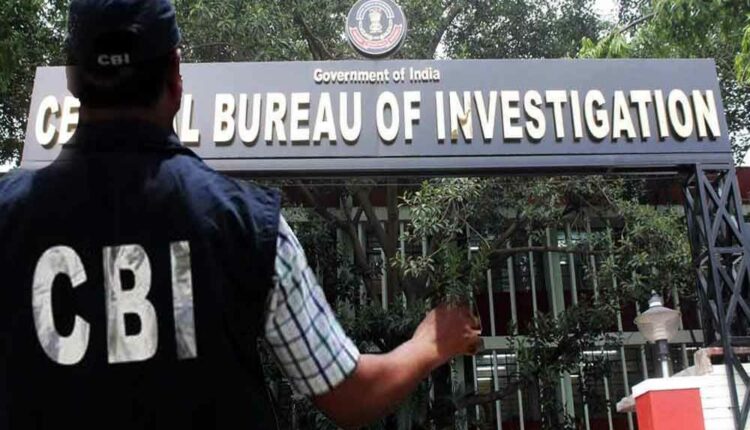 The Central Bureau of Investigation has registered a case against unknown company officials including a Hyderabad-based company and its directors under various criminal sections for allegedly defrauding a group of banks for about Rs 4800 crore. In this regard, CBI raided several places including Hyderabad and during this raid, many important documents have been claimed.

A CBI official said that a complaint was given to the CBI on behalf of the State Bank of India. It was said in the complaint that a loan of more than Rs 4700 crore was taken by the directors of Coastal Projects Limited, a Hyderabad-based company, through a bank group led by State Bank of India. According to the official, the group of banks included IDBI Bank, Canara Bank, Bank of Baroda, Bank of Maharashtra, Punjab National Bank, UBI and Exim Bank besides State Bank of India. It was also alleged that the investors of the bank conspired with unknown government officials and under this conspiracy defrauded this consortium of banks with thousands of crores of rupees.

According to the allegation, this loan given to the company became NPA with full wide impact by reaching from 28 October 2013 to 25 January 2017. According to the report, on 20 February 2020, this loan was reported as fraud. A senior CBI official said that during the investigation of all the documents given by the banks in this case, it was found that apart from the managing directors and directors of the company, in this case, the guarantors given to the bank in lieu of the loan were also involved in the fraud.

After initial investigation by the CBI, the case was signed by Coastal Projects Hyderabad, its chairman S. Surendra, managing director and guarantor GH Rao, former period director and finance director, Sridhar Chandrasekhar, full-time director of the company, including Sharad Kumar, other private persons and unknown public bureaucrats. A case was filed against various criminal sections and was raided.

According to the CBI, during searches in the residential and official premises of the accused in Hyderabad and Vijayawada, many important documents and other evidence related to the case have been found, which are been investigated. According to a top CBI officer, the role of bank officials in this case also cannot be ruled out, because the bank only bothers the people who take loans of few lakh rupees, but the person who takes loans worth hundreds of crores and thousands of crores are not inquired properly. Even if the investigation is done, they received the bribe due to which all the rules and laws are passed. Due to this, complaints of fraud cases of thousands of crores rupees come to limelight. At present, the investigation of the case is going on.

LIC’s policy has lapsed, you still have a chance to resume it

Want to wish your friends at midnight, use this message schedule facility on WhatsApp