For the last 15 years, Varanasi gowns have been used by fathers in Rome, USA 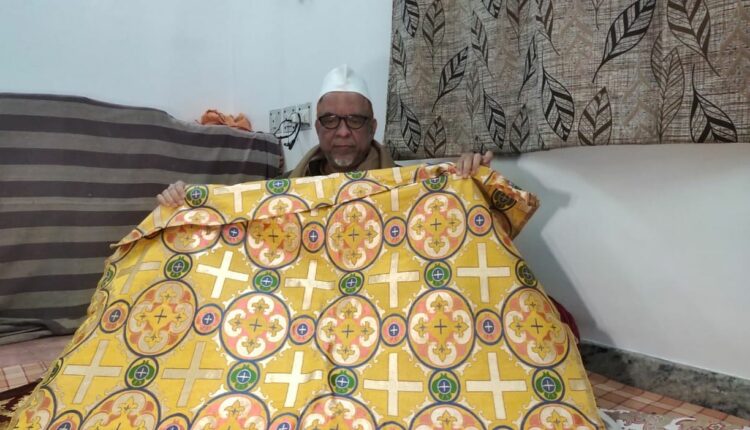 Due to its culture, spirituality and heritage, the world-famous Baba Vishwanath Kashi i.e. Varanasi workers are gaining popularity in Rome and America. Varanasi textiles are loved by many people all over the world. Notably, priests from Rome, Greece and the US have been wearing gowns made in Varanasi for the past 15 years. Banarasi garments attract everyone. Clothing made from silk is the first choice of designers in Varanasi.

Christmas is considered to be the biggest holiday for Christians. Priests from Rome, Greece and the United States have been wearing gowns made in Varanasi for the past 15 years. Syed Hussain from Adampur area of ​​Varanasi makes special gowns for priests. The artisans also make Zardozi, brackets, hats made of silk and labeda. In 2005, Hussein travelled to Greece and Rome for an exhibition where he had his stall of cloths. At that time, he showed some designs to the designers there. The designers there told him about some changes and ordered a gown. Later, when the gown was ready, it was very popular among foreigners. From then until today, the priests there wear only garments made from Zardozi in Kashi.

The gowns or hats designs are hand-made by all the workers from Varanasi. The Varanasi artisans get orders from abroad about a year in advance. Before Christmas, these artisan-made garments are shipped to Rome, Greece, and the United States.

To promote the ‘Vocal for Local’ and ODOP campaigns, Uttar Pradesh Chief Minister Yogi Adityanath had appealed to people to buy products under the scheme and give gifts to each other during the festive season. This appeal has since received a strong response from the country as well as abroad and people have bought in large numbers.