Delhi gang rapists To be hanged on 1st February 2020. Indians eagerly waiting for the justice!! 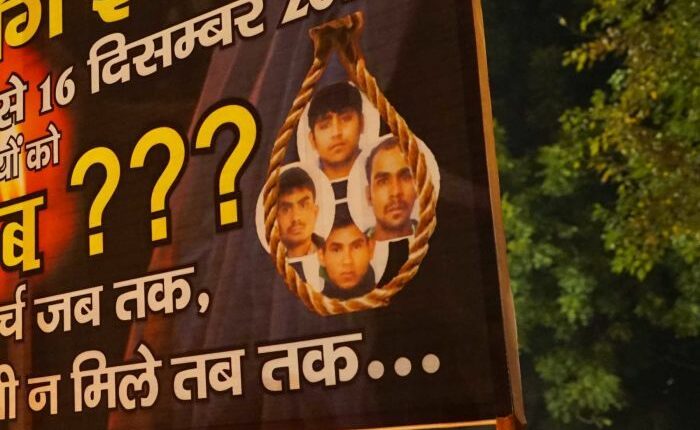 The horrible rape incident which shook the entire nation, happened in the year 2012. Seven long years have passed, but the attackers have still not been hanged to death.

A total of six men were arrested including a minor, who was sent to Juveline.

Ram Singh, one of the accused, committed suicide, in the jail, during the trial period. Remaining four are set to be hanged till death on 1 February 2020.

Nirbhaya’s mother says, “they should be hanged one by one”.

Mukesh, Sharma, Akshay Kumar Singh, 31, and Pawan Gupta, 25, were scheduled to be hanged at 7 a.m. on January 22 in Tihar jail. A Delhi court issued their death warrants on January 7. But the punishment has been delayed.

Reason for the delay.

The Delhi government and Tihar jail authorities told a bench of Justices – Manmohan and Sangita Dhingra Sehgal that under the prison rules if death sentence has been awarded to more than one person in a particular case and if one of them moves a mercy plea and wants release, the execution of the others too has to be postponed till the plea is decided.

“Then your rule is bad if you cannot take action till all the co-convicts have moved a mercy plea. It seems there has been non-application of mind (while framing the rules). The system is suffering from cancer,” the bench told Delhi government standing counsel (criminal) Rahul Mehra in response to his submission.

On the other hand, the family of all the four convicts are allowed to meet them twice a week. Vinay’s father came to meet him, while Mukesh’s mother keeps visiting him. Pawan’s family members too visit him. Akshay’s wife last came to meet him two months ago and after the pronouncement of the execution date, no one from his family has come to meet him.

The Twitter world has been flooded with posts slamming the authorities and the murderers. People said that, whatever new tactics the murderers perform, they are not going to be released from the death sentence.