The number of confirmed cases has crossed 1 lakh in India with the state of Maharashtra on top with 35058+ patients. 33,000+ patients have increased in the country in past 7 days.

4,627 patients have increased on Monday only in the country. More than 39,000 patients have recovered from this disease. According to Central Health Ministry told that the percentage of recovered have increased to 38.29%. the number of patients per 1 lakh is 7.1 whereas the centre have told to work with 50% junior staff. Only 33% employees are working.

The situation of top 5 states and 1 Union Territories in no particular order:

1) Maharashtra : Total number of cases are 35,058. On Monday only, 2005 patients increased and 51 died. The option of sealed zone along with containment zone is included. According to sealed zone, if a person is found positive, the building/society will be sealed instead of the whole colony.

2) Madhya Pradesh : Total number of cases are 5,236. As of Monday 259 patients have increased. In lockdown 4.0, Bhopal, Indore, Ujjain, Jabalpur, Khandva, Devas and Burhanpur are kept under the category of red zo s. the remaining zones will be under green zone and the economic activities will be resumed.

6) Delhi: Total number of cases is 10,054. As of Monday, 299 cases were reported positive, 283 have been recovered while 12 have died. 5,409 patients are undergoing treatment whereas 4485 patients have recovered. Department of Animal Husbandry has been sealed as one of the officers is found infectious.

All the number are taken from covid19india.com

Sonu Sood, The man behind thousands of smiles, all set to unveil his book “I Am No Messiah” this December 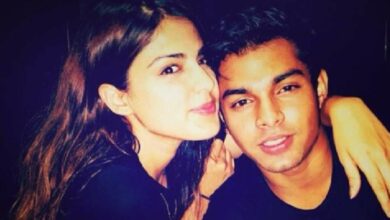