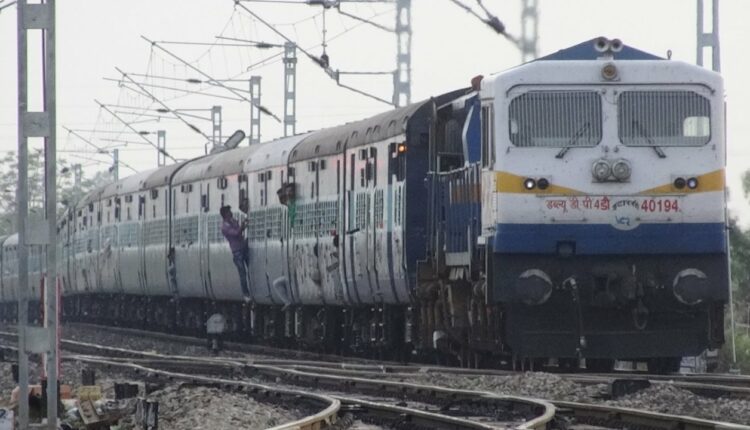 In this era of corona pandemic, the migrants who were struggling to be with their family are travelling and it is proving their last travel forever. 2 labours were found dead in the special train which reached Manduadih in Varanasi from Mumbai. One labour was from Azamgarh and the other was from Jaunpur. After identification of the bodies, the sample for Corona testing has been taken. The bodies have been sent for post-mortem after the samples for testing have been taken.

GRP, RPF and Police have sent the bodies for post-mortem in district hospital by keeping in mind the precautions to be taken.

The dead labours were travelling in S-15 and Disables coaches.

2 labours were found dead who were travelling in S-15 and disabled coaches of the special train (01770) heading towards Kashi from Mumbai before train reached the station. Nobody was ready to even touch the dead bodies. One of labour is identified as a resident of Jaunpur’s Badlapur village named as ‘Dashrath’ who was disabled.

Dashrath’s brother-in-law told that he was travelling with 9 other family members. They took food before starting the travel from Mumbai. They got food on the way too. Dasrath could not walk. He was not feeling good in Prayagraj and he slept. After reaching the station when they were trying to wake him up but he didn’t. He did not have any disease.

The bodies have been sent to post-mortem after the samples were taken for corona testing: Station Manager

The second dead was identified as Ramnath Raghunath as a resident of Azamgarh. The document found in the pocket of dead stated the age as 63. He also had address of A-wing, room number 43, Akashdeep Housing Society, Income Block, Asmitha Bhavan, Jogeswari East near Linkroad, Mumbai. This person was talking to 1 person continuously. As per Station Manager, Arun Kumar, a team of doctors were called to investigate. The bodies have been sent for post-mortem after samples were taken.