Chetan Chauhan minister of UP government passed away due to Corona, funeral to be held today 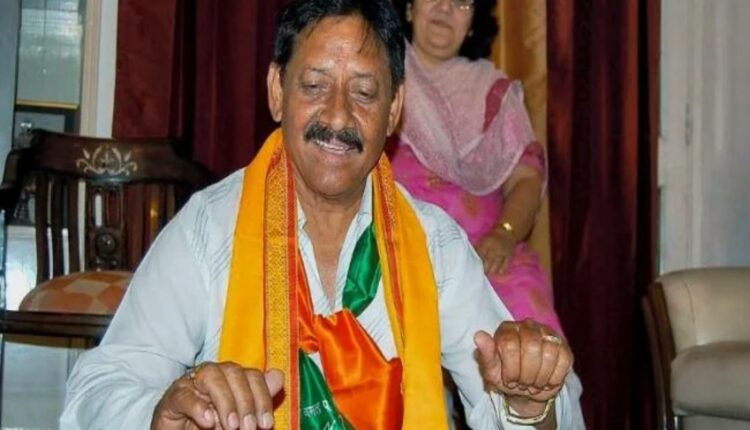 Cabinet Minister Chetan Chauhan has died he was cabinet minister of the Uttar Pradesh government and his funeral will be held today. Chetan Chauhan was found to be Corona positive last month. After this, he was admitted to Lucknow, where he was suddenly shifted to after his health deteriorated on Saturday.

He died in Medanta Hospital on Sunday evening. After this sad news came, there was mourning at his ancestral house in Mundapande village of Moradabad. Family members are in a weeping state. People of the area have also started reaching there after hearing the news of the death of their beloved leader. Also, police and administrative officers also arrived.

Hemant Singh, a close relative of the late minister Chetan Chauhan, said that we are members of the family, but he always met the people of the area as a family. Never met as a minister and used to explain to all children, especially youth, to read and write and follow the path of honesty.

Hemant Singh said that Chetan Chauhan was the nose and pride of the entire Mandal. Not only us but the entire Mandal’s head was overshadowed. All the villages and blocks of Mandal were praying for their health benefits from yesterday itself.

You also have to know that Chetan Chauhan was also a former cricketer. He played the last Test match against New Zealand on 13 July 1981. In 1981 itself, Chauhan was awarded the Arjuna Award. Talking about politics, Chetan Chauhan was MP from Amroha Lok Sabha in 1991 and 1998. In 1999 and 2004 also BJP gave ticket, but luck did not support and lost.

Anand Mahindra gives a strong reaction after seeing Mahindra Thar! Said ‘It is difficult to wait, I want this SUV in my garage right now’