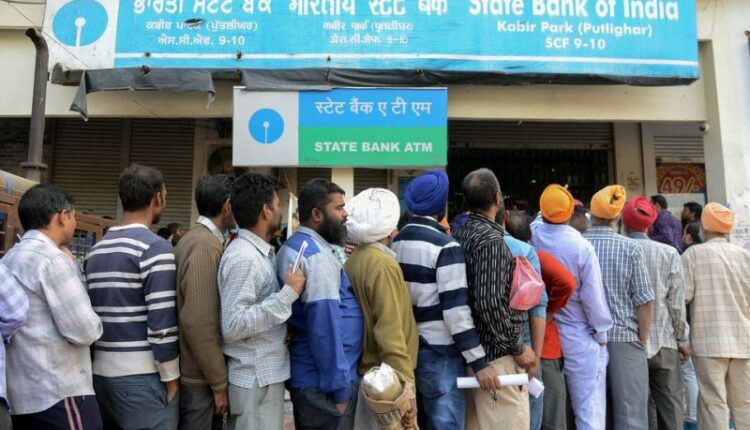 Many ATMs are running short of cash and several are out of order across a number of states in India. Finance Minister Arun Singh Jaitley has asked the public to calm down, who got tensed due to the non-availability of cash in ATMs, by assuring them that this “temporary shortage in some areas” will get “tackled quickly”.

He also made it clear that there are sufficient funds in circulation and in banks while giving a review on the current currency situation of the country through his post on Twitter. Finance Minister Arun Jaitley said, “Overall there is more than adequate currency in circulation. The temporary shortage is caused by sudden and unusual increase in some areas.”

A lot many people are also expressing their frustration and voicing their anger over the matter through tweets on various social platforms. The long queues before the ATMs and the frustration of the general public that has been spotted recently reminded many people of the scenario they witnessed post demonetization in India in November 2016.

Since the past week, a considerable amount of complaints about a cash crunch has started cropping up from various Indian states including Uttar Pradesh, Delhi, Maharashtra, Karnataka, Andhra Pradesh, Rajasthan, Telangana and Madhya Pradesh.

The hassled public reaction on non-functioning ATMs and the non-availability of cash have prompted the Reserve Bank of India and the Centre to take necessary steps towards this end. Jaitley assured the matter will be taken care of in a few days. The government assured “We will increase the circulation of Rs. 500 notes within 7 to 10 days,”.

If sources are to be believed, RBI has instructed banks with excess cash to extend their support to other banks facing fund deficit. The transaction amount at ATMs has triggered up to Rs. 5000 from Rs. 3000 on an average.

The opposition parties criticized the centre on social sites for harassing commoners with inadequate liquid cash in the circulation. Mamta Banerjee, the Chief Minister of West Bengal, tweeted “Seeing reports of ATMs running out of cash in several states. Big notes missing. Reminder of #DeMonetisation days. Is there a Financial Emergency going on in the country? #CashCrunch #CashlessATMs,”