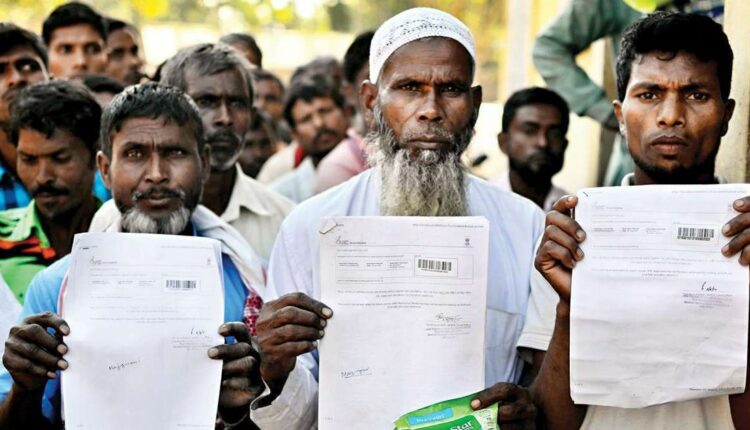 A.K. Abdul Momen, foreign minister, Bangladesh, on Sunday said in a statement that his administration has asked for a list of undocumented Bangladesh nationals living illegally in the country and will allow these illegal residents to return back to their country.

Acknowledging this subject, India’s National Register of Citizenship (NRC) canceled his visit to India on Thursday due to his busy schedule. He also added Bangladesh-India relations are sound and “very sweet”. They will not be harmed. To which India further added that the NCR process as its internal matter and said this won’t affect India’s relationship with Bangladesh.

He declined speculation of “pushback” trials by India and added that a few Indian inhabitants are illegally infiltrating Bangladesh by representatives due to commercial motives.

Momen also said to the media that if anybody other than their citizens enters Bangladesh, they will send them back when asked about few folks entering Bangladesh illegally simply crossing borders with India.

He even has requested officials in New Delhi to make a list of Bangladeshis residing illegally in India, and will further allow these illegal residing folks back to their own country.

When he was asked questions on why he canceled his India visit to which Momen replied his busy agenda coinciding with the Martyred Intellectuals Day and Victory Day. But according to some sources in New Delhi revealed that Momen canceled his visit to India because of the country’s critical condition after the passage of infamous Citizenship Amendment bill.

The Bangladeshi Prime Minister Sheikh Hasina had a brief discussion on NCR issue with Indian Prime Minister Narendra Modi at the bilateral meeting in New York this autumn.

US Evicts Two Chinese Officials, Alleging Trespassing on to Special Military Base in Virginia