Amid the growing Covid cases, Mumbai to remain close till 30th April 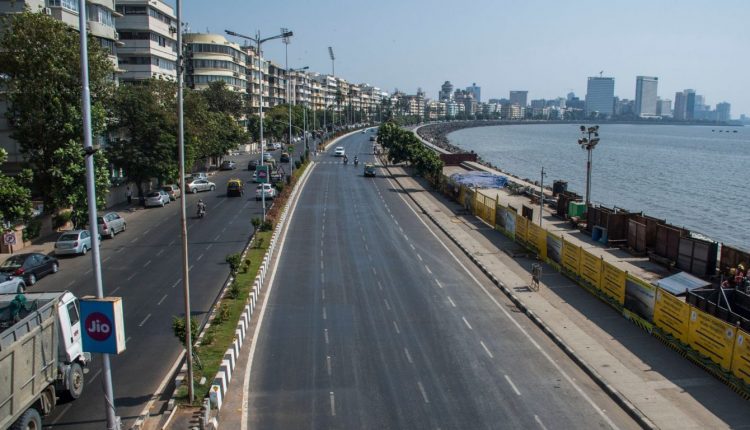 Amidst growing cases of Covid-19, Mumbai has been closed to people till April 30. All the shops in Navi Mumbai City have been closed. The police administration closed all the shops. The shops were closed due to government orders.

At the same time, BMC has banned the entry of people in its headquarters and its other offices in the city. According to the circular issued by BMC on Monday, no person will be allowed to enter the BMC offices except the people, people coming from urgent work or attending the pre-scheduled meetings.

The circular states that in some cases, exceptions, the Head of Department will issue passes for admission only to those who have undergone RT-PCR check in the last 48 hours, confirming they are not being infected. It said that municipal authorities have been asked to make provisions to accept letters or objections at the entrance to the headquarters in South Mumbai and its other offices here. They have also been instructed to hold online meetings with staff members instead of face to face.

The civic body had issued similar instructions in March 2020 last year as part of efforts to tackle the Covid-19 infection. BMC said that 9,857 new cases of infection were reported in Mumbai on Monday and with this, the total number of people infected with this virus in the city increased to 4,62,302.

Mumbai Police has imposed prohibitory orders under section 144 of CrPC from Monday. Under this, between 7 am and 8pm till 30 April, the gathering of five or more people in public places will be prohibited. According to the order, the night curfew has been imposed on the working day of the week, while on weekends (from eight o’clock on Friday night to seven o’clock in the morning Monday), strict lockdown will remain in force. This order was issued by Deputy Commissioner of Police (Operations) S. Chaitanya and it will remain in force till April 30 provided it is not withdrawn earlier. In the order, people have been asked to wear masks due to Covid-19 and to comply with social distance in public places.

Police said that those who violate these new rules will be booked under Section 188 (Disobedience of Public Servant’s Order) of the Indian Penal Code and related sections of the Pandemic Illness Act and Disaster Management Act.