A loss of 24,000 crores to Indian Railways after corona epidemic. 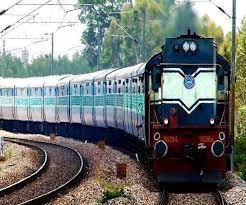 Indian Railways are estimated to suffer a loss of Rs 24,717 crore due to the non-availability of passenger trains and reduced freight traffic during the epidemic period. This includes about Rs 18,399 crore for passenger trains (till 12 August) and about Rs 6,318 crore for freight (three months).

It is a matter of relief that there has been a decrease of only 20% in freight traffic over the previous year. However, passenger revenue declined by 86%. Passengers are also less by 2%. At present, only 230 special trains are running.

It is known that the Railways had canceled all 13 thousand trains on 22 March, which will not run till 12 August. However, more than 8 thousand goods trains ran daily. Railway Board member (traffic) PK Mishra says that in comparison to 2019, on an average 80% freight has been moved in three months. In this way, the Korena lost 20% of the freight.

According to a senior Railway Board official, if the special trains are left out, then the non-running of normal trains will result in a revenue of 18,399 crores in 144 days (till 12 August) in the revenue of tickets. Damage is estimated.

The annual income from goods trains is Rs 1,28,422 crore and Rs 351 crore daily. Achievement of 80% in three months as compared to 2019. That means a loss of 70 crores is being razed. An estimated loss of 6318 crore in three months is due to transportation.

India is now the third most infected country overtaking Russia