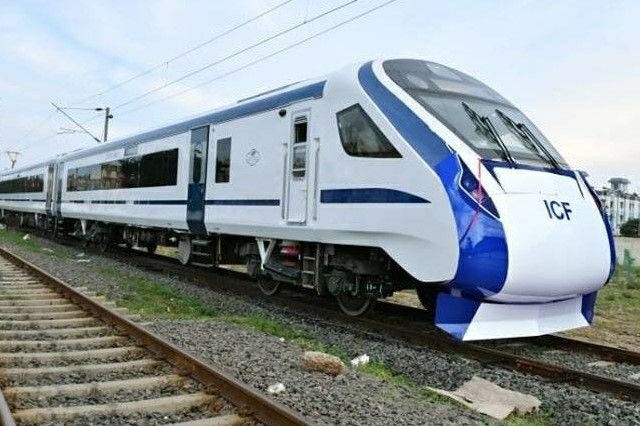 The central government has cancelled the tender for 44 ‘Vande Bharat Trains’. The Ministry of Railways has given this information on late night on Friday. The ministry said that fresh tender will be issued within a week. Priority will be given to ‘Make in India’ program in this project of Railways. China has suffered a major setback due to the government cancelling the tender of these trains. In fact, the Chinese company’s joint venture CRRC Pioneer Electric (India) Pvt Ltd was the only foreign company to receive the tender. Apart from this, other 5 companies also got the tender to prepare 44 sets of this semi high-speed trains.

The Railway Ministry tweeted on Friday night and wrote, ‘Tender for 44 cm high-speed train sets (Vande Bharat) has been cancelled. The fresh tender will be floated within a week, which will be under the Revised Public Procurement Order. Make in India program will be the given first priority in this.’ 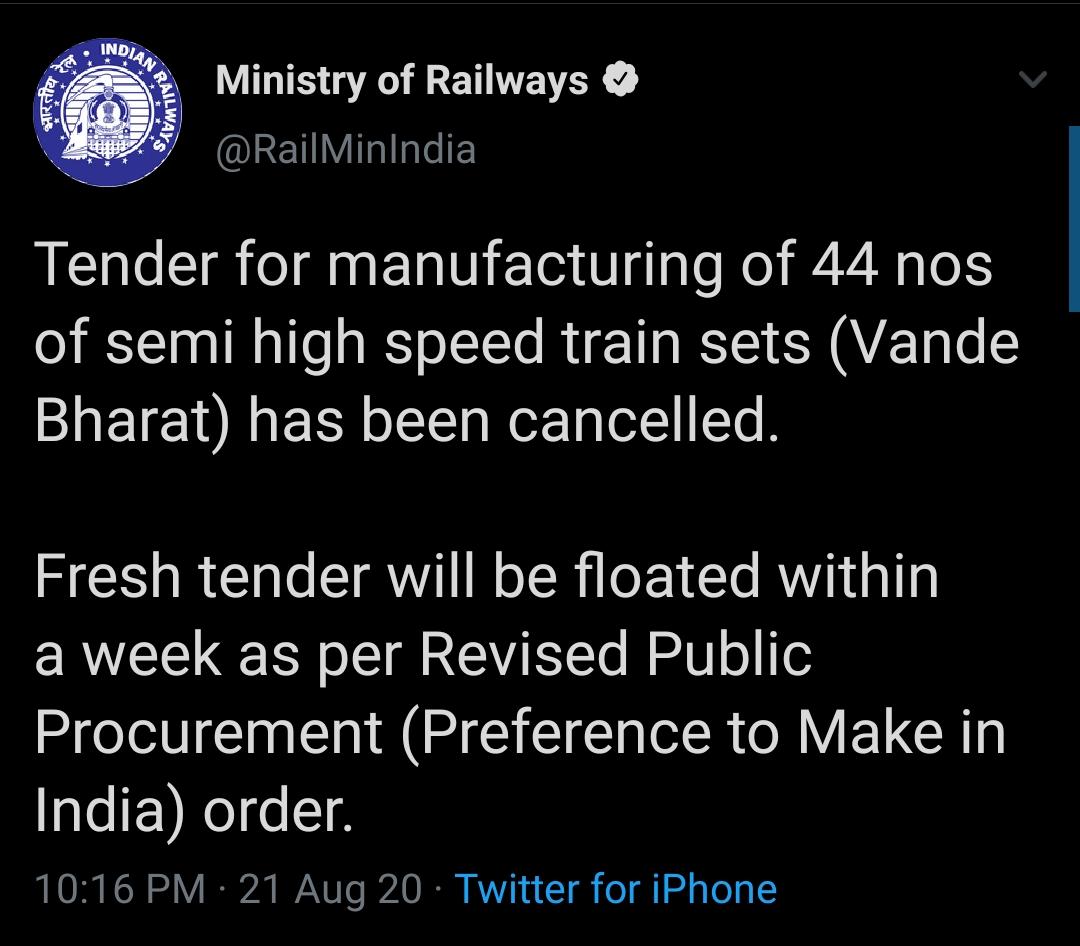 The Chinese joint venture belongs to CRRC Yongji Electric Company Limited of China and Pioneer Fill-Med Private Limited of Gurugram. These two companies were partnered in 2015.

According to sources, after the Chinese joint venture came to the fore, now the railways is busy in ensuring that domestic firms get the tenders. The Integral Coach Factory of Chennai, based on the Indian Railways, issued a tender on 10 July.

Apart from the above joint venture, among the other 5 companies which showed interest, the state-owned companies are Bharat Heavy Electricals Limited, Bharat Industries, ElectroWaves Electronics Private Limited, Medha Servo Drives Private Limited, Powernetics Equipment India Private Limited. The Railway Ministry had given information about this.

Earlier, Railway Board Chairman Vinod Kumar Yadav had said about participation in tender bids of private trains by Chinese firms, “As far as Chinese companies are concerned to participate in this tender, there are some guidelines under the Make in India policy. , Which has been prepared by the Department for Promotion of Industry and Internal Trade. We will follow it only.”