In an International survey held in 2018, India has been ranked first in World’s most dangerous nations for women. This indicates the safety issue and of an Indian woman. But there are many Indian women who crossed such hurdles and rocking the world. They have their own struggles, stories, and milestones. All these women inspire us to rise and shine. Let’s see who these women are.

Her name has to be the first on this list. She was crowned as “Miss World” in 2000 and she is still carrying that crown of being favorite of this whole world. This versatile Bollywood actress who has performed in more than 50 movies is the first Indian star to get such global fame.

Thank you @forbes! Honoured to be a part of such an exclusive and illustrious list of #PowerWomen in the world for the second time.. It's a reminder to stay hungry, keep pushing the status quo and continuing to do what I love. And on that note…#backtowork #ForbesTop100MostPowerfulWomen

She is the first Asian lady to get featured on the cover of American Vogue magazine. Her name was there under Forbes’s 100 Most Powerful Women in The World. Also, she is the only global icon to have 4 Madame Tussaud honors. This list just goes on. Are we not inspired yet?

The Indo-Canadian owner of the Unicorn Island Productions and YouTube Channel ‘Superwoman’, Lily Singh has already proved that she is the superwoman in her real life.

This incredibly inspirational piece was brought into our world by Loly Songe herself, the amazing @iisuperwomanii ! If you ever feel like not being able to accomplish your goals and need some tough love to get your butt on the road to success, this is clearly the book you need to read! . . . #bawsebook #teamsuper #inspiration

From being an author of the best-selling book called “How to Be a Bawse: A Guide to Conquering Life” to collaborate with Michelle Obama and Priyanka Chopra, it is difficult to believe that she just started with a YouTube Channel. She was also seen in some music videos and films as a cameo.

A post shared by IM NOT LILLY (BIGGEST FANPAGE)

This Indian lady was the CEO of the world’s second-largest food and beverage company PepsiCo for 12 years. She was ranked several times among the World’s Most Powerful Women list of Forbes and Fortune.

She was also on Time’s 100 Most Influential People In The World. She was also in the list of one of the best CEOs in the world by CEOWORLD Magazine. U.S. World reports mentioned her as one of America’s best leaders.

Indra Krishnamurthy Nooyi is an Indian American business executive and the current Chairperson and Chief Executive Officer of PepsiCo, the second largest food and beverage business in the world by net revenue. #indranooyi #pepsi #indian #india

In 2009, Noori was recognized as CEO Of The Year by Global Supply Chain Leaders Group. NDTV included her in the list of 25 Greatest Global Living Legends. She is the real inspiration for all the women who think that they cannot rise in patriarchal society.

Bela Bajaria is the Vice President of World’s leading internet entertainment service, Netflix. She leads the team responsible for working with studios. Before joining Netflix, she was President of Universal Television. She was the President of Hollywood Radio and Television Society and now she is the board member of Television Academy.

Netflix's Bela Bajaria sat down with @LaceyVRose for her first extensive job since joining the streamer & it's an interesting read! https://t.co/yA4yigtC8L

She has been honored by “I have a dream” foundation of LA. Bela always implements her Indian side at her workplace, and she thinks Indian roots inspire her to be what she is.

Geeta Menon, a woman of Indian origin is the 11th Dean at New York University Stern School Business. Menon was listed as one of the most influential Global Indian women by The Economics Time. She served as a visiting professor at the Indian School of Business in 2009 and 2011. In 2010, she was the President of the Association for Consumer Research (ACR).

There are many such women who are shutting the stereotypes down and finding their own dreams to live them. All the ladies that are listed above are a true inspiration to all of us and they inspire us to dream, dare and do. 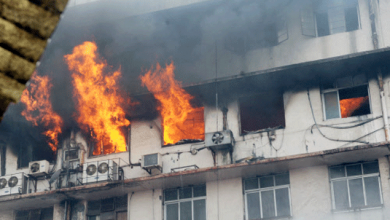