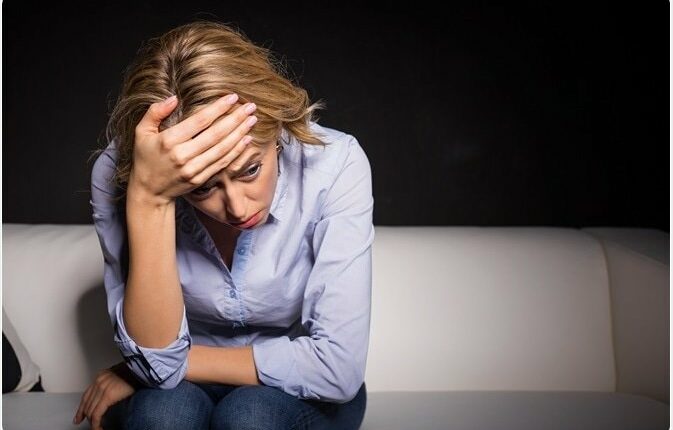 A general term used for numerous conditions which cause nervousness, worrying, fear, apprehension. These conditions can cause physical symptoms and can also affect our feelings & behavior. Anxiety Disorder is the most common mental illness in the world. It is really very important to identify the difference between the normal condition of this disorder and of that which requires medical attention.

According to some studies and research anxiety is defined as an emotion which can be characterized by the feelings, thoughts and physical changes such as high blood pressure.

From the earlier days of humanity, incoming danger and the methodology of predators has set off alarms in the body and allowed them to take evasive measures. We face potentially destructive thoughts, worrying triggers which can be noticeable in the form of sweating, increased sensitivity, raised heartbeat. A response of adrenaline to danger causes these reactions which are known as fight or flight response. It revolves around family, life, work, health, and other important issues which require personal attention.

Survival anxiety still can be essential while crossing the road, being hit by a car etc. to avoid danger but when this condition goes beyond survival than it is called anxiety disorder. When a reaction goes out of the proportion to what might be expected in normally then anxiety disorder occurs.

This can be classified into six main types which include the following:

It is a chronic disorder which includes long-lasting anxiety and worries about nonspecific events and situations. People may not always be able to identify the cause for their condition.

Apprehensive panic disorder and sudden attacks of intense terror that can lead to confusion, dizziness, shaking, breathing difficulties and nausea are known as panic disorder. This disorder occurs after one has experienced frightening or prolonged stress. It may lead to drastic changes in behavior.

Avoidance of a situation or an object and an irrational fear is a phobia. In this fear can be acknowledged by the person but unable to control anxiety.

A range of feelings such as a fear of intimacy, stage fright, a fear of humiliation which can cause people to avoid human contact and public situations is known as social anxiety disorder.

It is characterized by repetitive thoughts or actions which are upsetting and intrusive. In this people may clean their personal things like hands.

It is the result of some previous trauma like sexual assault, hostage situation or an accident.

This condition occurs when a high level of anxiety is caused due to some kind of separation from a person or place which used to provide a feeling of safety.

The exact reason is not known that what brings anxiety disorder but it occurs with the combination of things like environmental stress, changes in your brain and even genetic.

Diagnosis of this can be done by examining family history because there is no lab test for diagnosing anxiety disorders. For this, you may have to visit a psychiatrist, psychologist or health specialist.

Following therapies, one can try if suffering from this condition

Health Benefits of A Morning Walk

Aashiqui 3 is releasing on 14th February : Know about the legacy of Aashiqui