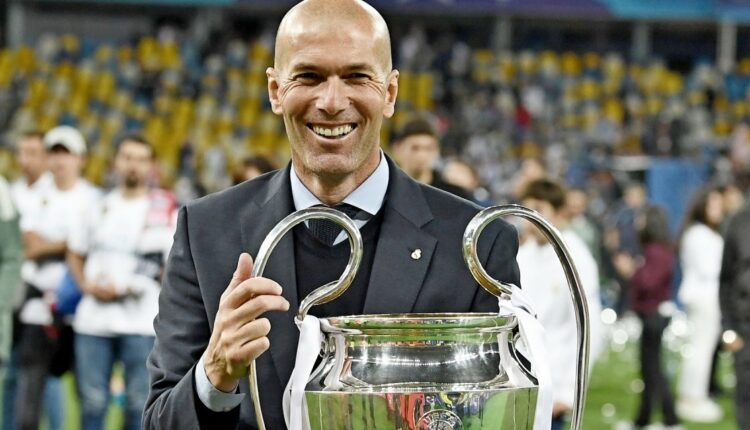 Real Madrid management brings back the French footballer Zinedine Zidane as the club manager. He resigned the club at the end of the 2017-18 season. Real Madrid signed Julen Lopetegui Argote as their manager after Zidane exit. Julen Lopetegui Argote didn’t come up to the mark, so the club sacked him in the mid-season. Later the club signed the Argentinian footballer Santiago Hernán Solari Poggio as manager. After the early exit from the Champions League, Solari was also sacked by the club.

The club re-signs the French footballer and manager Zinedine Zidane, with whom the club won three consecutive Champions League title.
Real Madrid early exit from the Champions League and the Spanish Cup gives Zidane only Spanish League to manage.

Zidane is left with 13 matches in this season to give the club a good end. Since there is no transfer window left for this season the French manager has to shuffle his team which he has right now.
Zidane first match as a manager this season is against “Celta de Vigo”, which is placed at the bottom of the table.

Who all are happy with Zidane entry?

Real Madrid fans will be the happiest people among all with Zidane entry, as the club has won many glories with him.
Karim Benzema the French Center Forward is seen as one of the favorite players of Zidane. Surely Zidane will also look forward to Benzema.
Keylor Navas the number 1 choice goalkeeper will be happy with Zidane signing as the club manager.

In the present season, Navas has seen most of the matches on the bench. Navas was always Zidane first choice keeper. He would be happy as he might get some more game time in the presence of Zidane.
Isco is another player who saw maximum games from the bench in the absence of French manager. Isco was willing to change his club this summer due to lack of matches but this could change with Zidane signing.

What can Summer Transfer window to do Real Madrid?

It is pretty sure that there could be some new faces in Real Madrid camp next year. At the same time, Madrid could face some major exit.

Gareth Bale could be one of the major exits. The history of Zidane and Bale is not good. In 2017-18 seasons Bale was not happy with some decisions of Zidane and always showed is will to quit the club. His fitness and form after the exit Ronaldo were not at all up to the mark of the Club.

Another major exit could be of Toni Kroos. According to Spanish media, Kroos has stated that he has won everything with Real Madrid and wants some new adventure. He has also shown a which to play for the English Champions “Manchester City”. It is also seen that the Manchester City manager “Pep Guardiola” has shown interest in him.

Another shock which Real Madrid could face is Marcelo leaving the club. This season Marcelo has not shown the football which is expected of him.
After exiting of Ronaldo, the club left-back has shown his will to leave the club and join the Italian club Juventus with his best friend Ronaldo.

Who is Real Madrid looking for?

The Chelsea key forward Eden Hazard will be on the top list of the Real Madrid. Real Madrid had tried to sign him from the past two years. He will be a good replacement for Ronaldo and his capability of creating goal scoring ball will surely support Real Madrid forward Benzema.
The next player in Real Madrid list will be PSG and French star “Kylian Mbappe”. The game style and speed of this youngster suit Real Madrid game but buying Mbappe could be a huge task for Madrid as PSG has tagged him with a huge price.

PSG President has told in a press conference that they won’t let the youngster go. Now it is in Madrid’s hand that how much they spend on him. Madrid is just having Spanish League to play this season, in which only 13 matches are left. They are third in the table and can at most finish second in the table above Atletico Madrid which is just two points ahead of them right now.