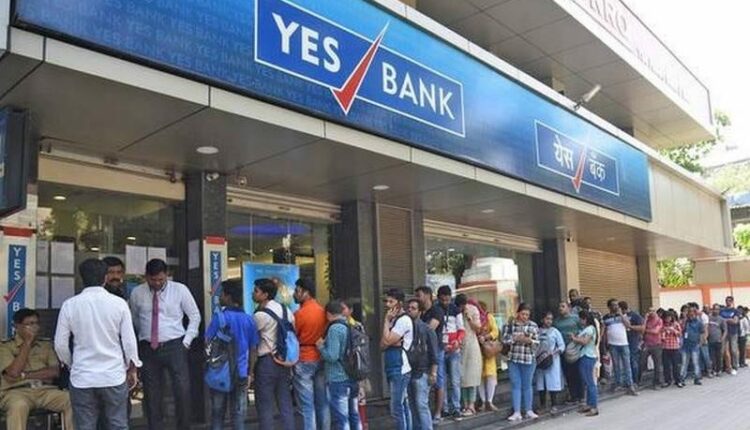 With stumbled market share price, shaken stakeholders and skeptical customers, YES bank have trembled the entire banking sector. Founded in 2004, by Rana Kapoor and Ashok Kapur, the bank came into limelight in 2017 for its governance issues and underreported NPAs (non-performing assets). The decline of this Indian private bank was eventual and not sudden.

The major reason for this downturn has been its NPAs. Not only Yes bank, but much other public, as well as private banks, are also fighting this NPA disease which is slowly eating up banks and deteriorating their survival. According to RBI, NPAs are defined as “The term loans on which interest or installment of payment remains overdue for a period of more than 90 days from the end of a particular quarter”. But banks continue to strive hard even after this period of 90 days since they can neither credit the income nor debit to a loss unless the NPAs are either recovered or identified as a loss. The only option left with banks is to write off these NPAs so as to have clean balance sheets. This is done via capital infusion.

Considering the case of Yes bank, piled up nonperforming assets along with failure to infuse capital lead to its decline. As per RBI’s report, the gross NPA’s of Yes Bank on March 2017 approximately amounted to Rs 8374 crores. However, the bank reported NPAs of only Rs 2018 crores. Therefore the divergence was almost 4 times. This could have been the first eye-opener for the public as well as the RBI. Apart from this, there were a series of events that hinted at the adverse situation that was yet to come.

Firstly, in September 2018, following the governance issues and rising NPAs, Rana Kapoor was asked to step down in January 2019 and find a new CEO for the bank. In the same month, he expressed his loyalty and commitment towards the bank when he tweeted that he will never sell his yes bank shares. However a year later, in November 2019, he sold his entire stake keeping only 900 shares. This lead to a sharp decline in the share price and investors and shareholders were gripped in confusion. Also in November 2018, Ashok Chawla resigned from Yes Bank’s board and independent directors Vasant Gujarathi and R. Chandrashekhar also resigned. Thus, there were explicit signs towards the Yes Bank’s decline in the year 2018. Then in May 2019, RBI doubted the governance of the bank and therefore appointed R. Gandhi, ex-RBI Dy governor on board of Yes Bank. In October 2019, the promoters sold their majority stake and the share price kept declining since then.

On 5th March 2020, considering the bank’s downfall, RBI imposed a 30-day moratorium and decided to suspend and supersede Yes Bank’s board. The major reasons cited by RBI were banks underreporting of NPAs and failure to raise new funding to cover its NPAs.

But the big question is that why there are ever-increasing NPAs in banks?

Much credit goes to the callousness of banks and their lack of professionalism while advancing loans. Therefore not only defaulters, but the banks are also equally culpable. The rising NPAs advocate flaws in the banking system which is not robust enough to correctly estimate the value of companies before advancing them loans. This inadequate project evaluation and assessment results in stressed-out balance sheets. Few questions, however, remain unanswered. Why banks do not responsibly maintain the list of assets before advancing loans? And why is the money not recovered from those assets in case of default?

Also, there seems to be discernible resistance among banks in making public, the names of their biggest defaulters, which are generally big corporate houses that give magnificent donations to political parties for funding elections. Although the primary duty of the banks is to uphold the interest of their depositors and public at large, still they continue protecting their less credit-worthy customers due to the domineering political influence exercised on them. This results in ever-increasing NPAs.

This not only affects the account holders or shareholders, but also the nation at large. The accumulated bad debts have a negative impact on the credit rating of the country, which serves as an important indicator for investors who want to invest in the Indian economy. As of now, RBI has intervened and has given Yes Bank’s charge to Prashant Kumar who is former deputy managing director and CFO of SBI. Efforts are being made for the reconstruction and SBI has expressed its willingness to invest for up to 49% stake in Yes Bank. Meanwhile, Rana Kapoor is being investigated by ED (Enforcement directorate) for alleged money laundering and shell companies.

Today, NPAs have become a critical financial issue of our economy. Now, the regulatory gap needs to be filled in. Today, a loan defaulter in one bank is able to raise loans from another bank. Therefore a robust mechanism for reporting and synchronizing the credit history needs to be made. The income tax department should share the wealth tax details with banks. Most importantly, banks need to track the health of the companies whom they have substantially lent out. It is high time to take such stringent measures to curb these egregious NPAs which not just reflect badly in a bank’s accounts but also adversely impact the national economy.