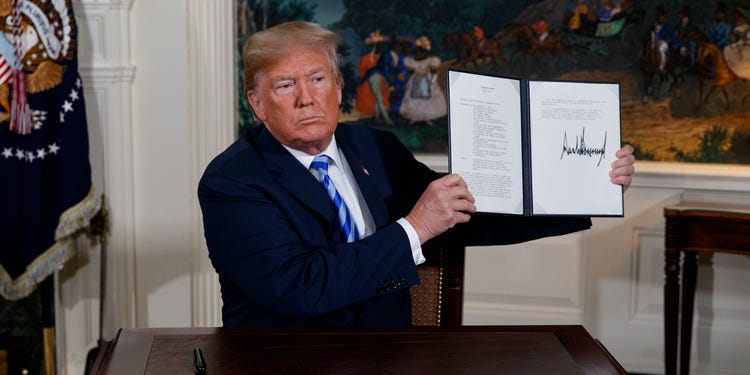 Iran said it would return to the Iran Nuclear Deal if President elect Joe Biden decides to lift sanctions.

Joe Biden said that the United States will return to diplomacy with Iran.

President Donald Trump withdrew from the Joint Comprehensive Plan of Action (JCPOA) also known as the Iran Nuclear Deal and imposed crippling sanctions on Iran which ended the diplomatic relations between the countries.

The Iranian foreign minister Mohammad Java Zarif said that there was no need for any negotiation; Iran will return to the deal if the United States lifts the sanctions.

What was the need for this deal?

Before the Iranian revolution the United States helped the Shah of Iran to develop a nuclear program, seeing the Shah was an ally of the West there was no major objection by other countries.

Letting such a government continue its nuclear search was a huge threat. Countries from all around the world condemned Iran for continuing with its nuclear program. Various nations imposed sanctions on Iran including the US.

Iran’s economic sanctions on the nation increased as its new government had stricter policies and was seen as an extreme, oppressive government; with threat to international security.

What is the Iran Nuclear Deal?

The Iran Nuclear Deal was an effort to curb Iran’s nuclear program without the use of force. This deal was beneficial to protecting international peace and security and as well as Iran’s economy.

Uranium is one of the key ingredients necessary to operate a nuclear program.

The deal requires Iran to give up 97% of its enriched uranium; this is much less that that is required to produce even one nuclear weapon.

Uranium also comes in various levels of enrichment a purity of 97% to produce a nuclear weapon; the deal requires Iran to limit its uranium enrichment till 3.76%.

Centrifuges are machines which are required to enrich uranium. Iran has to give up 2/3rds of its centrifuges according to the deal.

The United Nations officials will be allowed to inspect Iran’s nuclear program from time to time.

In return to all of this the United States, European Union and the United Nations will have to lift sanctions against Iran which has been crippling Iran’s economy.

United States backs out of the agreement

On 18th May 2018 the United States backed out of the Iran Nuclear Deal.

Before backing out of the deal the United States President Trump had various times threatened that he would back out from the deal.

He said ‘the Iran Nuclear Deal is defective at its core’.

Trump feels that the deal is not strict enough and Iran is not abiding by the spirit of the deal, as it has been producing ballistic missiles.

#Opinion (This part onwards is solely the writer’s opinions and not facts.)

Iran is a nation which if develops nuclear weapons will lead to disruption of International peace, security and stability. This can be due to the Iran-Saudi cold war or its quarrels with the US.

The current Iran Nuclear Deal is not one that can completely stop Iran from its ventures of producing Ballistic missiles and its involvement with extremist violent organizations however it is strong enough to prevent Iran from producing Nuclear weapons.

Even though President Trump is right about the obvious loop holes in the deal, the US government should have started negotiations for a better deal rather than revoking the one at hand and chocking Iran’s economy,

As of now there is no safeguard to prevent the Iranian government from producing nuclear weapons which is worse than not having a utopian deal that stops all the threats imposed by Iran on International security.

There needs to be a better deal negotiated but until then the current deal should also not be revoked!

Pfizer Seeking Emergency Use of Its COVID-19 Vaccine in US

How Many Episodes Are There In The Popular Animated Sitcom ‘South Park’?