Will England break the jinx this time ? 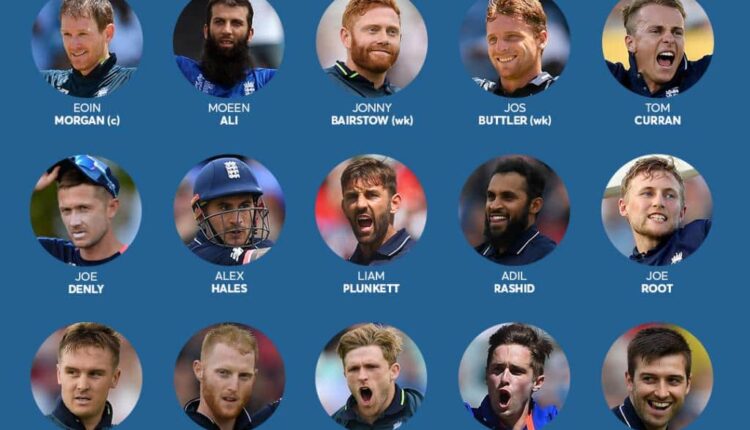 Success sits on the mountain of mistakes. From this we can infer that success comes to those who commit mistakes and learn from them. But why is this being discussed here? Today we will discuss about a nation and sport. The sport that I will be talking about was invented by that nation. We will today be discussing about cricket and England; the latter has invented the former.

When you invent a sport, it is obvious that you’ll excel in that. Although England has always been considered a good team when it comes to cricket. But the country is not at all lucky when it comes to World Cup. England has been the World Cup host 4 times and 2019 will be their fifth time. They have been just one match away from clinching the WC Trophy thrice. Let us now discuss the current squad in detail.

Currently England tops the ICC ODI Rankings. The credit obviously goes to the team’s hardworking players led by Eoin Morgan. Morgan has been the team’s leader since 2011, although other players like Cook, Broad, Taylor and Butler have captained the team, post 2011, as well.  Out of all the 33 ODI Captains that England has seen Morgan is one of the most successful one. Eoin has captained a total of 96 matches and has won 58 out of them. 64.28 is his win percentage, which is excellent. Morgan is a versatile player. With batting as is his area of expertise, he has played 217 ODI matches and scored a total of 6813 runs which is excellent.

The bowling department is well handled with players like Liam Plunkett, Adil Rashid and Mark Wood. While Wood and Plunkett are seamers, Rashid is a spinner. Plunkett has played 78 ODI matches and taken 120 wickets. Adil Rashid and Mark Wood have played 83 matches (129 wickets) and 39 matches (41 wickets) respectively. The team has bowling all-rounders as well like Chris Woakes, Tom Curran and David Willey who also have good bowling stats.

The batting department comprises of players like Morgan, Jason Roy, Joe Root and batting all-rounders like Ben Stokes, Joe Denly and Moeen Ali. While we have already discussed about Morgan, we will further discuss about the rest. Roy has scored 2661 runs in 72 matches and Root, 5097 runs in 129 matches. Both give a tough time to their opposition bowlers. The remaining that is Ben Stokes and Moeen Ali have played 79 matches (2088 runs) and 91 matches (1645 runs) respectively.

So, all in all the team this time is good and consists of aggressive players who are expected to perform better in favorable home conditions. Although they have never won a world cup before, there is a very good chance that they will break the jinx this time.

Tiktok is Back: Returns back on Google and Apple App stores

Katrina wants to do an item song with Deepika Padukone