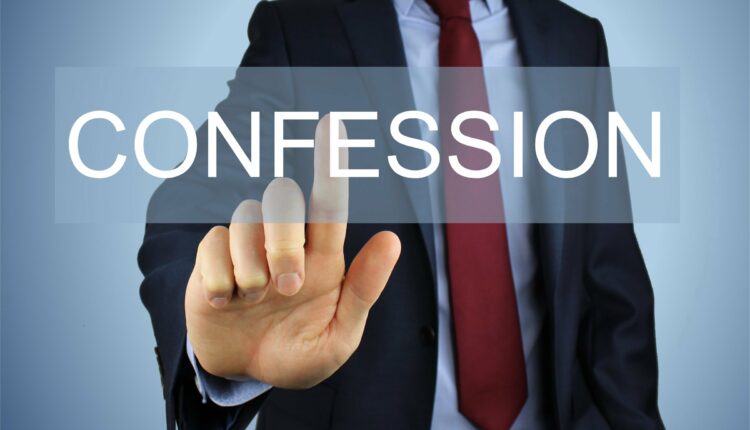 Every statement given by a person doesn’t make a confession unless it is against him. If a person makes a statement that he killed his wife. Now, whether he gave his statement before Magistrate or Police Officers is a different thing because it has nothing to do with confession but with admissibility in the court. So, in his article, we’ll get to know about types of confession.

Before we delve further, let’s understand that confession before Police officer or confession through threat or inducement is not admissible but such statements help in investigation.

In Judicial Confession the person himself confesses before the Magistrate.

In Extra Judicial Magistrate, the person confesses before a person other than the Magistrate and Police. The person to whom he made a statement can be his friend or doctor, or anyone whom he trusts or any stranger.

Retract Confession means when a person denies his own statement.

For instance – A made confession before a magistrate and during the trial he said that it was taken by inducement or he didn’t give such a statement.

Is the jurisdiction of the court to try an offence affected by subsequent change in the territorial jurisdiction?