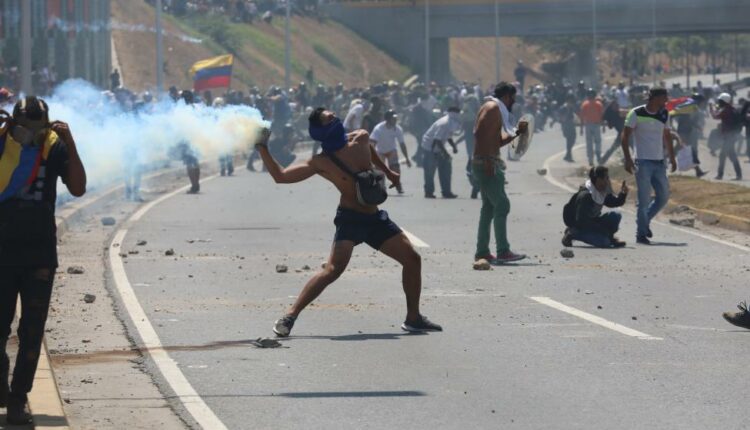 Number of National Guardsman, Guaido claims, have sided with the opposition to overthrow the Nicolas Maduro regime injuring hundreds of protestors and civilians in the protests on Tuesday. It is one of many such attempts by opposition since January.
Nicholas Maduro is recognized as President by China, Russia, Turkey and a handful of more nations whereas Mr. Guaido is considered as interim president by USA, UK and most of the Latin American countries totalling support of around 50 nations around the globe.

But in a defiant TV address, last night, Venezuelan president Maduro claimed ‘victory’ thwarting the attempted coup against him. The access to social media, streaming and messaging services was restored across Venezuela just minutes prior to Maduro speech following day of internet disruption.

“They failed in their plan. They failed in their call, because the people of Venezuela want peace. We will continue to emerge victorious … in the months and years ahead. I have no doubt about it”, Mr Maduro said in a n hourlong address to the nation in which he was flanked by top military officials around him, contradicting Mr Guaido’s claim atleast for now.

The development comes after Juan Guaido declared the ‘final phase’ of operation to topple Venezuela’s Maduro. US Secretary of State Mike Pompeo claimed that Maduro was preparing to leave the country just when he was prevented to do so due to Russian intervention.
“He had an airplane on the tarmac, he was ready to leave this morning as we understand it and the Russians indicated he should stay”, Pompeo said in an interview with CNN. “He was headed for Havana”, he further added. However he provided no concrete source for the information and his claims could not be verified independently.

In between the developments US President Donald Trump tweeted he was monitoring the situation “very closely” followed by series of other tweets threatening the regime.

If Cuban Troops and Militia do not immediately CEASE military and other operations for the purpose of causing death and destruction to the Constitution of Venezuela, a full and complete….

….embargo, together with highest-level sanctions, will be placed on the island of Cuba. Hopefully, all Cuban soldiers will promptly and peacefully return to their island!