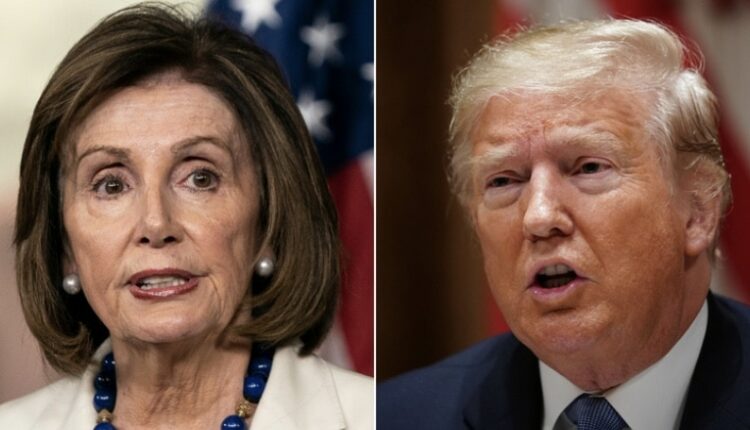 President Donald Trump harshly criticised House Speaker Nancy Pelosi over her effort toward having him impeached on Tuesday.

He called it a partisan “crusade,” an “unprecedented and unconstitutional abuse of power” and a “spiteful” “election-nullification scheme.” In a long rantful six page letter, Trump claimed that Pelosi had cheapens the importance of the word “impeachment” and in pursuing this very notion, declared war on American Democracy.

“You dare to invoke the Founding Fathers in pursuit of this election-nullification scheme — yet your spiteful actions display unfettered contempt for America’s founding and your egregious conduct threatens to destroy that which our Founders pledged their very lives to build,” Trump wrote.

He added that the toll of her actions would be on Pelosi herself and that he had been deprived of basic Constitutional process since the beginning of the impeachment scam. He claimed that constitutional processes were honoured more in case of the accused in the Salem Witch Trials.

The entire house is expected to vote on the two articles of impeachment on grounds of abuse of power and obstruction of Congress against President Trump on Wednesday.

Trump addressed both these articles against him and called the first article i.e the “abuse of power”, a completely disingenuous, meritless, and baseless invention of imagination and the second i.e the “obstruction of Congress”, dangerous and preposterous.

After weeks of testimonies about Trumps conduct in the past, the articles were passed by the committee. The Presidents withholding of improper security aid to Ukraine for political reasons, including seeking an investigation of former VP Joe Biden and his son Hunter added to the argument.

Trump accused the Democrats of having “never recovered” and never gotten over their defeat in the 2016 election and suggested that they had developed a full fledged case of what the media calls Trump Derangement Syndrome.