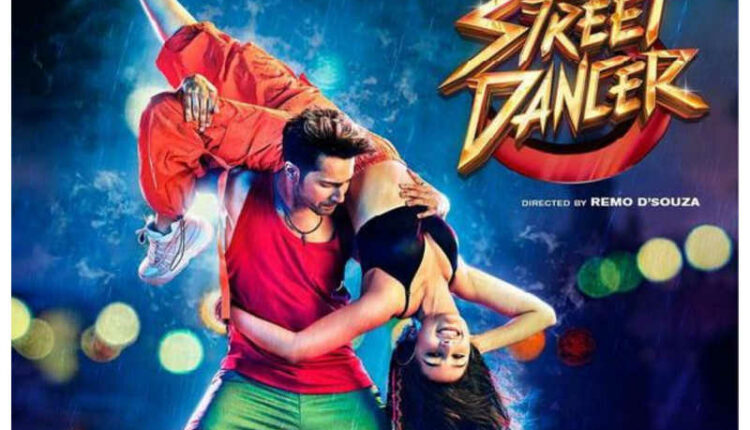 Varun Dhawan and Shraddha Kapoor’s Street Dancer 3D has hit the screens today (January 24, 2020) which has already made headlines for its dance-packed sequences. Much hyped dance action film, Street Dancer 3D is a popcorn entertainer with an amazing combination of Varun Dhawan, Shraddha Kapoor and Prabhu Deva. But due to piracy in the market trend, Street Dancer 3D movie is unfortunately fallen into piracy web and is being circulated in various online piracy sites. Guess who is behind this piracy? It’s none another than infamous piracy website Tamilrockers who have leaked the movie Street Dancer 3D online illegally on the first day itself. Some sources also reported that the movie was leaked on the site before the release. And the clash with Kangana Ranaut strarrer ‘Panga’ will give a tough completion on box office collections.

Tamilrockers is well known to provide pirated prints of fresh releases in Bollywood, Tollywood and Hollywood. This help users to download the fresh releases and watch it at home for free. Many big-ticket films like Dabangg 3, Chhapaak, Dream Girl, Bala, Housefull 4, Kabir Singh, Avengers: Endgame all have fallen prey to piracy. This affects the box office collections and producer’s pockets.

Please note that downloading and watching a movie from illegal or pirated websites in India is an offence. Recently, an amendment was approved by the cabinet, which states that anybody who is involved in piracy has to face three years jail or pay a fine of Rs 10 lakh or both, according to Cinematograph Act, 1952.

What Street Dancer 3D Movie Is All About?

Directed by Remo D’Souza, Street Dancer 3D revolves around the story of a dance competition between some Indian and Pakistani dancers. The film is produced by Krishan Kumar, Bhushan Kumar, and Lizelle D’Souza under the banners Remo D’Souza Entertainment and T-Series. Street Dancer 3D has released in 3,700 in 2D and 3D formats in India and 670 screens overseas. according to film analyst Sumit Kadel.

The movie critic and film analyst Taran Adarsh has given 4 stars to it ‘Street Dancer’ and called it as a delightful film. He has praised choreography, film’s music, emotions as wells as Varun Dhawan, Shraddha Kapoor and Prabh Deva’s acting.

The film trade analyst Sumit Kadel has given the title of “DAN-TASTIC” to the movie and has praised the Remo D’Souza direction.

Just saw #streetdancer3d, being a dance enthusiast totally loved every bit of it, specially the climax. @Varun_dvn bro you are the soul and backbone of the film, @Norafatehi @ShraddhaKapoor you both are just sizzling on screen.

@Varun_dvn you steal the show,
makes all stunned and
spechless with your powerful acting.

Looks something else as Sahej
on big-screen.?

Kuds VD for play this character.?

Best Upcoming Smartphones in 2020 Going to Launch in India