Sharada Peeth Corridor: A Ray of Hope for Hindus Pilgrims 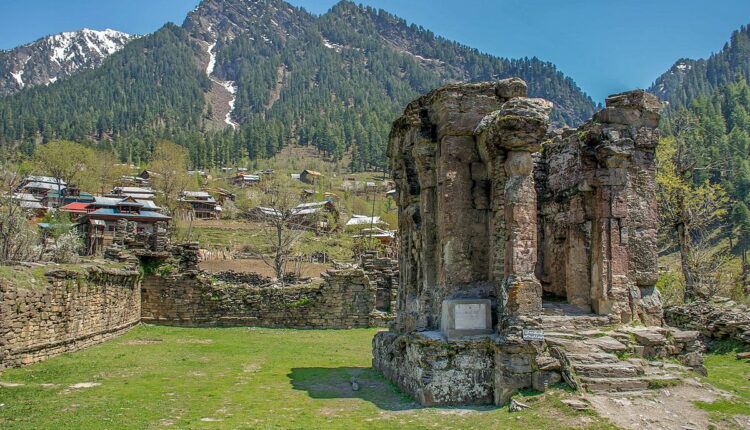 In a major breakthrough for the Indian Government, the Pakistan Government has given a nod for construction of a corridor that will allow the Hindu Pilgrims and especially Kashmiri Pandits, for whom it is one of the most important tirtha, to visit the Sharada Peeth.

This corridor would be second in line after Pakistan approved the construction of Kartarpur corridor which will allow Sikhs to visit Gurudwara Darbar Sahib in Kartarpur, Pakistan.

It is one of the 18 Mahashakti Peeths that are believed to be the fallen body parts of Hindu Goddess, Sati, the first wife of Lord Shiva.

Having mentioned that it is an important tirtha for Hindus, let us first know what a tirtha is. A tirtha is a Hindu place of pilgrimage where the Hindu Gods are worshipped, a temple in short which has its location along a river. So, what makes it different from a normal temple? A tirtha is thousand years old and is of historical significance whereas a temple may not be that old.

The Sharada peeth along with Martand Sun Temple and the Amarnath Temple form the three most important tirthas for the Kashmiri Pandits.

Access to Sharda Peeth has been denied to Hindus since 1949, after Pakistan occupied part of Kashmir.

Sharada Peeth has been the school of learning for various Indian Scholars such as Kalhana, Adi Shankara, Vairotsana, Kumarajiva and Thonmi Sambhota. Also, texts written by Panini and other Hindu scholars were stored in Sharda School of Learning.

There is a strong belief among Kashmiri Pandits that three forms of Goddess Shakti namely Sharada (goddess of learning), Saraswati (goddess of knowledge) and Vagdevi (goddess of speech, which articulates power) reside here.

There is a strong belief that during the Sharada Peeth pilgrimage, if the devotees bathe in the confluence of rivers Kishenganga and Madhumatī streams will get rid of all their sins.

After discussing the importance that the temple holds, a brief scenario of its location is obviously required. The temple lies in Pakistan Occupied Kashmir. It is 150 kms away from Muzaffarabad and 130 kms away Srinagar (capital of Jammu & Kashmir). It is also 10 kms away from LoC and is along River Neelam in village Sharda, the valley of Mount Harmukh, which is believed by Kashmiri Pandits to be the abode of Lord Shiva.

Although most of the structure is in ruins, it is immaterial for Hindus because of its religious significance.