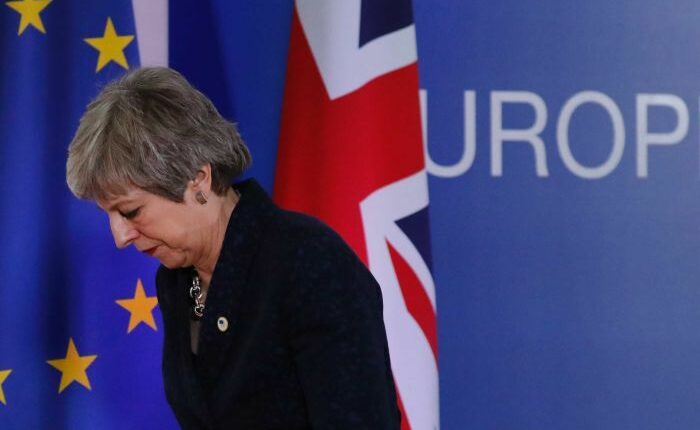 After years of humiliating Brexit debate, it is stil unclear if, when and how Britain would formally exit European Union. More contested question is whether UK would leave EU with a deal or no-deal, both poised to put it in jeopardy for years to come.

With hundreds of thousands of Britishers hitting the street in March, second only to gathering for 2003 Iraq war, makes it the strongest ever and most severe Brexit protest ever highlighting the discontent and unease among people.

People from across the UK gathered at central London to demand one more public vote or ‘referendum’ on whether Brexit should take place or no.
“The country will be divided whatever happens and it is worse to be divided on a lie”, a protestor told Reuters News Agency.

In center of controversy is the British Prime Minister Theresa May and a nightmare referendum surrounding her. Prime Minister, atleast till last week, was able to hold her Conservative party MP’s together somehow, which broke away last week following deep frustrations in her Brexit deal and a increasingly hurry and hasty procedure to leave European Union.

Several reports surfaced in British media over top ruling party members urging PM Theresa May to resign over her weakened political position and inability to get support on the procured deal. Downing Street has so far shown no sign to act on these party requests.

“Give Brits your sympathy. The British government, not so much”, said CNN’s Nic Robinson in his op-ed. The headline pretty much sums up the two end receptors of the deal, one advocating ambitious political goals and other facing future uncertainty.
While Britain and its politicians are separated on Brexit, both agree that it is the most crucial, strategic and equally fragile step in British history since World War II.

Brexit would actually cost UK to pay about £39bn to EU to formally end the decades old partnership with EU.
But implications go beyond this mere sum.
The new updated deadline for Brexit now is 12th April unless a deal is rejected or any other arrangements made.

IPL 2019 Prediction: Can Rajhasthan Royals make it count this time?