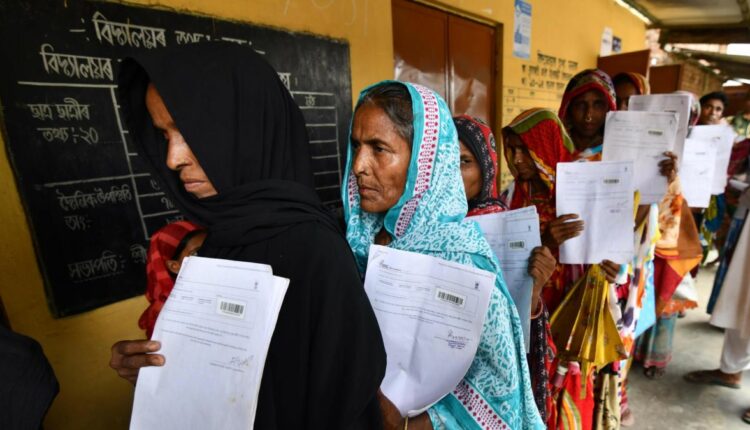 Guwahati, Assam: The National Register of Citizens (NRC) is a list of people who can prove they migrated to the eastern India state by 24 March 1971, the day before neighboring Bangladesh declared independence from Pakistan.

Many who are left out of the final National Register Of Citizens (NRC) do not need to panic as they can still apply their pleas in the Foreigners Tribunal (FT), Parliamentary affairs minister of Assam state said in a statement to PTI News Agency.
Experts have however criticized government over referring around 1.9 million cases abruptly to FT, where already tens of thousands of cases are pending and capacity of the tribunal being very limited with very low clearances. Additionally, only about 120 days are remaining for people to appeal for their case.

The strike rate of Foreigners Tribunals, where the 19 lakh will be referred, is about 50%. (Of 2 lakh cases heard, 1 lakh have been cleared.) So 19 lakhs may well come down to 9 lakhs. That’s about 3% of Assam’s population. All this trauma and effort – just to exclude 3%? #NRC

If people lose their appeals in higher courts or in Foreigners Tribunal, they could be detained for an indefinite amount of time.

The register’s supporters, mostly right- wing Hindu nationalist parties which includes members of Prime Minister Modi’s BJP, say it will help root out undocumented Bangladeshi immigrants, but critics fear it will lead to the deportation of Assam’s hundreds of thousands of mostly Bengali-speaking Muslims, who claim to legal citizenship of India.

“It seems, a conspiracy is there to target the Hindu refugees and to safeguard the Muslim infiltrators”, BJP MLA Siladitya Dev was quoted as saying to NDTV news channel.

"It seems, a conspiracy is there to target the Hindu refugees and to safeguard the Muslim infiltrators": BJP MLA Siladitya Dev on Assam NRC List.

Reports in Indian and international media on Modi Govt's ethnic cleansing of Muslims should send alarm bells ringing across the world that the illegal annexation of Kashmir is part of a wider policy to target Muslims.https://t.co/QmjTDyaGVV

Indian government has already detained thousands of people suspected of being foreigners in temporary camps which are housed in the state’s prisons, but it rules out deportation as an option for now.

Assam is the only state in India to have a citizenship register. It was created in 1951 to distinguish Indian citizens from undocumented migrants from Bangladesh (formerly East Pakistan), a territory that became independent in 1971. An updated NRC was ordered by the Supreme Court in 2013 and the process formally began in year 2015.

PM Modi, whose right-wing Hindu Nationalist party BJP had long supported renewed NRC and also mentioned it during election campaigns, had said, “I am here to assure everyone that no Indian citizen will be left out of the NRC. This is my assurance.”

However an state government official of Assam Ashutosh Agnihotri, told CNN that no one would be sent to a detention center during the legal process.

Since BJP-led NDA has held office from 2014 general elections the national majoritarian rhetoric and religious appeasement has been on rise. And still many of the party’s followers see India as a country only for Hindus – even with its population of more than 170 million Muslims in the country.