Mp Governor Lalji Tandon is no more; dies at 85 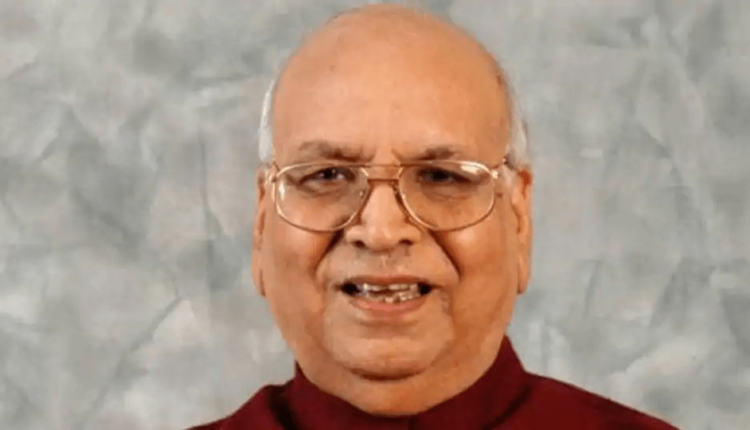 Madhya Pradesh Governor Lalji Tandon (85) died at 5.30 am on Tuesday. Tandon was admitted to Medanta Hospital in Lucknow on June 11 due to breathing difficulties and fever. His condition was stated to be critical in the medical bulletin issued by the hospital on Monday evening. He will be cremated in Lucknow today at 4.30 pm. Prime Minister Narendra Modi has also expressed grief over his death. The Uttar Pradesh government has announced a 3-day state mourning.

Son gave information about his death

Tandon’s corona test came negative. An emergency operation was done on 14 June due to liver problems. Seeing that Tandon’s condition did not improve, the central government had given additional charge of Madhya Pradesh to Uttar Pradesh Governor Anandi Bai Patel.

He had a better understanding of law: Modi

Modi tweeted, “Lalji Tandon will always be remembered for his work for the society. He played important role in strengthening the BJP in Uttar Pradesh. He was an efficient administrator. He had a deep understanding of law matters. He was associated with Atal Bihari Vajpayee for a long time and closely. My condolences are with his family in this hour of grief. ”

President Ramnath Kovind said that Tandon’s stature was as high in politics as he was culturally active in Lucknow.

Shivraj said – was like father, will be remembered for development work

Joined the union at the age of 12

Tandon used to visit Sangh branches from the age of 12. Due to his association with the Sangh, he met Atal Bihari Vajpayee. Later, when Atalji left the seat of Lucknow, Lalji Tandon was given this seat as heritage. In 2009, Tandon won the Lok Sabha elections and became MP from Lucknow.

Tandon’s political journey began in 1960. He was a two-time councilor and twice a member of the Legislative Council. After this, he was also MLA for three consecutive terms. He was also a minister in the Kalyan Singh government. He was also the Leader of Opposition in the UP Legislative Assembly.

Facebook to launch a dedicated a section ‘FACTS ABOUT COVID-19’