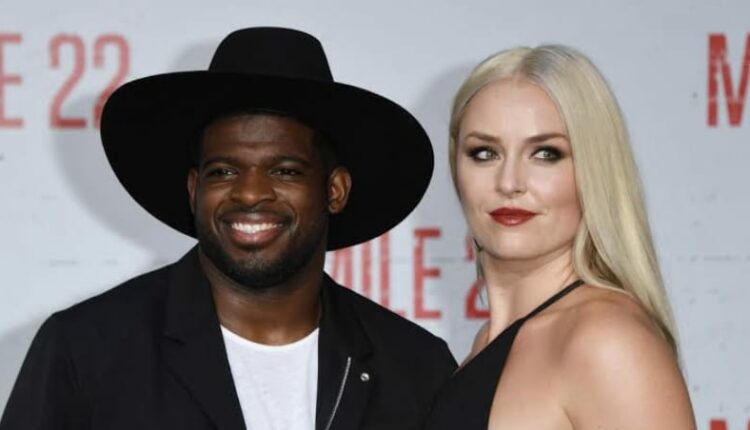 Former Ski Racer, Lindsey Vonn popped the big question to Hockey all star, P.K. Subban and announced the same on Twitter soon after.

“Merry Christmas and happy holidays everyone!! On our 2 year anniversary, in a “non traditional” move, I asked PK to marry me and he said, Yes,” Vonn tweeted on Christmas Day. “Yes (bashful emoji) ! Women aren’t the only ones who should get engagement rings!”

She went on to close the with the hashtags “MerryChristmas” and “equality.” She also went on to post a picture of herself and her newly engaged fiancé Subban, with the ring on his finger. The picture featured the newly engaged couple wearing matching striped pajamas in front of a well decorated Christmas tree with 3 dogs in the foreground. She also posted a close up picture flashing her new rock on her finger with blue teardrops and the words “Drip Drip”.

Vonn opined that it was only fitting that men also receive engagement rings in a world where equality and more specifically, gender equality is emphasised and glorified.

Vonn had declared their engagement once before in August as well.

Having previously married and divorced ski racer Thomas Vonn, she retained his last name after they separated. Vonn is known to have had quite the relationship with Professional Golfer Tiger Woods as well. Recently retiring from her skiing career, the 35-year-old Vonn had a very three Olympic medals, four overall World Cup titles and 82 World Cup race wins, which really is a record for a woman.

The 30-year-old Hockey star Subban, won the 2013 Norris Trophy with Montreal and was announced as the top defence man. He was very recently traded to New Jersey from Nashville, early this June.

The couple’s excitement over their engagement and their upcoming marriage is all the rage on Twitter recently.