Labor Day and its Historical Significance 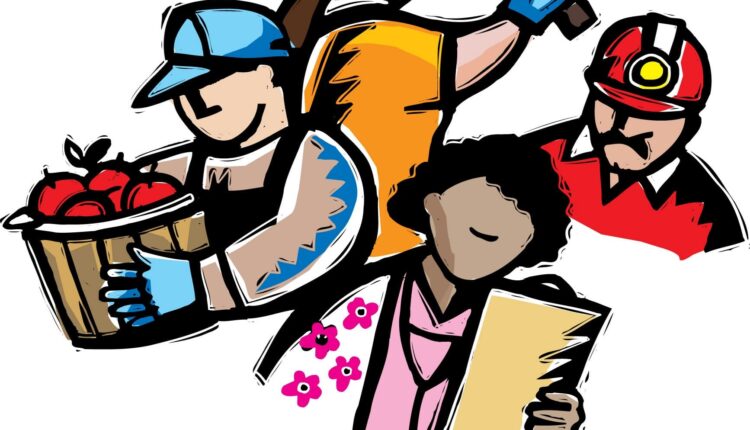 Holidays are necessities and not luxury. I am sure everyone will agree to this. I mean who doesn’t want a day off. Everyone would love to have a day off from their monotonous and hectic schedules.  Today we shall discuss about one such day. A day for the hard- working people, laborers to be specific. Who doesn’t know about the Labor Day! I am sure almost every one of us is acquainted with this day. For those of you who don’t know let me tell you what day it is? Why is it celebrated? What is its historical significance? In short today you will get to know everything about Labor Day in detail.

1st May is celebrated as the Labor Day. A day when workers all over the world take a day off. A day when the working class celebrates its achievements. Known as the May Day worldwide, it is declared as a public holiday in many countries like China, Russia, Cuba and North Korea.

Historical evidences suggest that Labor Day came into being in the 19th Century. At this time the Industrial Revolution was at its peak. Since the labor movement was started in USA so it is very obvious that the first Labor Day would be celebrated in USA. The Central Labor Union celebrated the first Labor Day much before it was actually passed as an Act. It was 5th of September 1882 when the Central Labor Union declared a holiday in New York. The same was repeated the following year, that is, 5th September 1883.

The labor movement in the late 19th century led to the inception of the first Labor Day in 1894.Although multiple ordinances were passed in 1885 and 1886, the first bill was introduced in 1887.  On 28th June 1894, the Congress, in United States of America, passed an act stating that every year the 1st Monday of September is a legal holiday in USA. Later on, 1st May was decided to be celebrated as Labor Day

Even today, 1st May is celebrated as International Workers’ Day or Labor Day, globally

The next question that comes in our mind is that who was its founder? This topic is a debatable one because there is no evidence or record for that. Some say that Peter J. McGuire was the one to initiate this. Peter j. McGuire was the general secretary of the Brotherhood of Carpenters and Joiners and a co-founder of the American Federation of Labor. The next person who is believed to have founded this day is Matthew Maguire. Matthew was a machinist.

Need for the Labor Day

Prior to the Labor Day holiday, workers in USA were exploited. They had to work for 12 hours a day and what they were paid wasn’t enough for their survival. Also, they didn’t get a day off and worked endlessly for the 365 days a year. Children were no exception to this, parents in a bid to earn more money, forced their children, as young as 5 years of age, to work as well.

So obviously, to put an end to the atrocities, the Labor Unions became more vocal and started protesting. This ultimately led to the beginning of an 8-hour shift with weekends off for the workers. Some of these protests turned violent. The Haymarket Riot of 1886 was one such. A lot of policemen and workers were killed in Chicago.

When did Labor Day start in India?

The first Labor Day in India was celebrated in 1923 in Chennai. The Labor Kisan Party of Hindustan organized the first celebration on Chennai’s Marina Beach.

At last we can say that one must get to enjoy his/ her own work and that can be enjoyed only if he/ she gets a day off. This can be summed by a saying “The supreme accomplishment is to blur the lines between work and play”.

Brexit: All about the decision mired in controversy