Kalki Koechlin On Her ‘Unexpected Pregnancy’, Her Marriage Plans And Embracing Motherhood 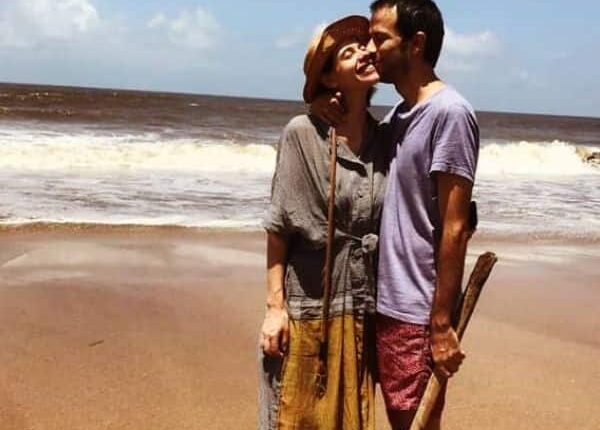 Bollywood actress, Kalki Koechlin is known for breaking the societal notions at every step of her way. From her unique choice of roles to now breaking the notion of having a child out of ‘wedlock’ with boyfriend Guy Hershberg, she has been vocal about it all.

Kalki Koechlin is soon going to be the newest member of the mama bear’s club. Kalki is right now in a happy zone as she is all set to welcome a little wonder into her life in early 2020.

The Bollywood actress is pregnant with her first child with her Israeli pianist boyfriend Guy Hershberg and surprised her fans when she announced her pregnancy earlier this year. Although, the ‘Yeh Jawaani Hai Deewani’ actor is ready to embrace motherhood, she doesn’t wish to rush into marriage.

After the announcement in September via her Instagram handle, the actress has been quite vocal about it and is often seen flaunting her baby bump like a boss. In a recent interview with Mid-Day, Kalki got candid like never before and spilled the beans about her ‘unexpected pregnancy.’

Speaking her heart out, Kalki Koechlin said, “This was an unexpected pregnancy. In the first two months, I didn’t feel any maternal instinct. It felt like an alien invasion, where this little thing was acting like a vampire, sucking out everything from my body.” She further added how she felt when she heard the heartbeat for the first time.

“When I heard the heartbeat for the first time, I got excited. The first trimester was bad, but I am through that phase and looking forward to the due date in January,” revealed the 35-year-old.

Since Kalki was all in to reveal, she also spoke about her wedding plans with beau, Guy. She shared that she doesn’t want to rush into a marriage just because she is pregnant. She further added, “We are not averse to marriage, but we don’t want to rush into it just because I am pregnant. If it is necessary for the documentation, bureaucracy and school registrations of our child, we will consider it. But when it comes to our romantic commitments, we have enough validation from each other, and our families, too.”

Ever since Kalki’s pregnancy had made it to the headlines, everyone is curious to know how she is going to manage her baby out of the wedlock. In an interview with the Mumbai Mirror, Kalki had addressed the issue of having a child out of wedlock and had said, “What is this term ‘out of wedlock’? It belongs in a Shakespearean drama and not in a millennial world. Marriage can be useful for bureaucracy, but it is not a sign of love. Only time and consistency tell of a strong relationship.”

In another interview with Miss Malini, Kalki had revealed the first thing she did when she got to know about her pregnancy. She had said, “I went and immediately bought another pregnancy test, just to make sure. But it was a very happy reaction. I think the last few years have been a situation where, I know I have wanted children, but either the times wasn’t right or I wasn’t with the right person. Or whatever, there was something!

So all those things seemed to have come in place this time. Even though it wasn’t planned as we were thinking maybe in a year or two. But I think that’s the best thing about it. Now we are just diving right into it without too much pre-planning.”

We are surely excited to see her little bundle of joy soon and know that Kalki will be an amazing mother. What do you think? Comment and let us know.

Lauv To Perform Again In India, Back In June 2020