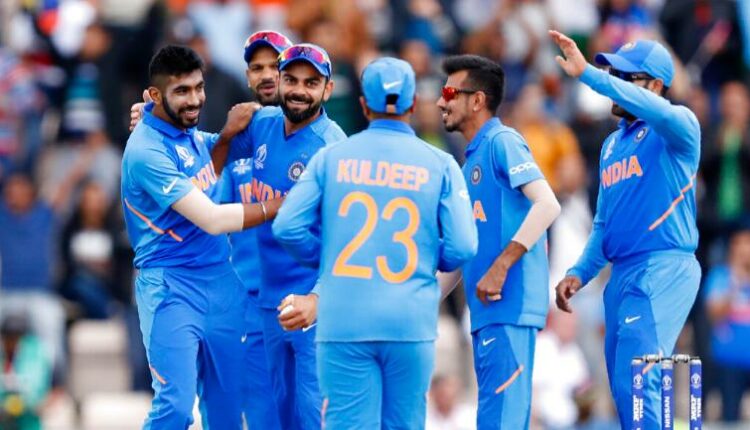 A battle between the 2-times World Cup winners and the 5-times World Champions, in ICC World Cup Match 14, concluded with the former emerging victorious. The performance of Indian team has been excellent in the first two matches of the 2019 edition of the World Cup.

It was a combined team effort which won the day for India. The batsmen put up a great display and put up a good score of 352 runs and the bowlers combined well to restrict Australia to 316 to give India a well deserved victory over defending champions by 36 runs, who incidentally beat India in previous world cup’s semi-finals en route to their triumph over New Zealand in the final.

Dhawan, who had single digit scores to his credit in the two warm up matches and the world cup match against South Africa, came good in this match and scored 117 runs off 109 balls, thus guiding India to well deserved victory. He was rightly adjudged the Man of the Match for his contribution. His knack of scoring runs in the ICC tournaments is well documented and the present knock was yet another addition to it.

It was not only the batsmen who weaved their magic in the match, the bowlers performed well too.  While Chahal took 2 wickets, Bumrah and Kumar took 3 wickets each. The plight of the Kangroos was such that their best bowler, Mitchell Starc, who was the player of tournament in the previous World Cup, could just take 1 wicket and his economy rate was 7.4 runs per over.

India opened with Rohit Sharma and Shikhar Dhawan. The Sharma-Dhawan combination has led India to victory many a time. Together they have scored 4681 runs over a span of 6 years. Their partnership is ranked 4 amongst the highest overall partnership runs scored by openers. Although Sharma was dismissed by Alex Carey off Coulter-Nile, he managed to score 57 off 70 and his opening wicket stand of 127 runs with Shikhar Dhawan put the Australians on the back foot.

World Cup has always brought the best out of Dhawan. He showed his complete repertoire of strokes en route to a well deserved century. He carted the Australian bowlers to all parts of the ground. During his innings, he was hit by a Pat Cummins short ball on his thumb, which was later diagnosed as a fracture, but the injury had no effect on his play. Post scoring 117 off 109, Dhawan was dismissed by Starc.

Skipper Kohli scored 82 runs and was caught by Cummins off Stoinis. Pandya’s arrival at the crease added pace to the innings. He scored 48 off 37 and was responsible for the acceleration of Indian innings. He hit four fours and three sixes and helped India cross the 300 mark.

Dhoni and Rahul scored 27 and 11 runs off 14 and 3 balls respectively.

David Warner and Aaron Finch opened for Australia. Contrary to his attacking style, Warner was much subdued and played defensively and scored 56 off 84. The Indian bowlers denied him width which did not allow Warner to free his arms and hit shots. Post scoring a labored 84, Warner was dismissed by Chahal. Finch on the other hand scored 36 off 35 before getting run out by Kedar Jadhav. Steve Smith was the highest run scorer for the Australians and scored 69 off 70. He was out  lbw out to Bhuvneshwar Kumar. Usaman Khawaja also tried hard to accelerate the innings but he was bowled over by Bumrah before he could become a major threat. He scored 42 off 39. Maxwell’s dismissal was a big relief for India as he was batting brilliantly. Maxwell scored 28 off just 14 and gave India some anxious moments while he was at the crease. His innings was short lived and he was caught by Jadeja off Chahal. Alex Carrey too was scoring at a brisk pace but his efforts could not take Australia to victory as the top order Australian batsmen had left too much for the later order batsmen to do. He scored 55 off 35 and remained not out.

Essential Oils For The Skin Problems