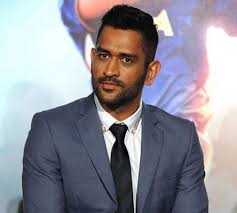 Former Indian Team Captain turned 39 today. He was born on 7 July 1981 in Ranchi, Jharkhand (then Bihar). Dhoni had made records in International Cricket and Indian Premier League (IPL) which are almost unbreakable or other player finds it impossible to break.  He is the only player who played more than 9 times in the Indian Premier League (IPL). Chennai Super Kings won thrice during this.

Indian Cricket Team had played 200 one day matches under the captaincy of Mahendra Singh Dhoni. Out of 200, India won 110 matches. He is on the third position in the world under whom a team had played maximum matches. Mahi had played 90 tests, 349 one day, and 98 T-20 international matches. He took retirement from test cricket in 2015. India has won a T-20 match of 2007 along with One day World Cup of 2011 and Champions Trophy of 2013 under the captaincy of Dhoni.

As a captain, he played maximum IPL’s