France: You know the name; but how much you know about the country?

It is said that you are in Rome and then behave like Roman. As well, if you find yourself in the group of Mughal; you should take Mughlai Dish. But imagine that you are in France; then don’t try to talk with the  French language. 90% of French people don’t understand English or actually don’t want to understand. They have a competition with British people;, especially with Londoners. And if you don’t know French properly and talk with a French people; then prepare for some of their manners. French people raise their eyebrows almost at the end of their forehead if they hear any broken French Language.

One of my known ones once went to France once and told us about one road. The Champs Elysees Road is amazing. We all smiled to hear it. In reality that in English spelling this road is Champs Elysees and it’s a world famous road, but in French pronunciation; the name of the road is Sa a Li Je. But if you went to France with this small capital of knowledge and ask someone about the Sa Je Li Je; then prepare that he /she will make his/her eyebrow like an arch. Their pronunciation is something different. But one facility is that, if you don’t know even one French alphabet; yet you can roam inside France wherever you want. The total transportation of France is technology based. You know that the Metro rail station right now in India since a long; but it was first in France. But if you see the outside scenery while you’re in a running train; you will see lots of colorful triangle house just like dolls’ house. We generally accustom to see plain terrace; right? But all of their terrace styles is a triangle. There is no much of Sky Scrapers in Paris because it’s a city of art, but you must see a little piece of a garden adjacent to each and every house. There must be two tresses; one apple and two Strawberries. We know that these fruits are easily available and costly in India, but these fruits are just hugely available inside every garden of every house; isn’t it new to our Indian eyes? 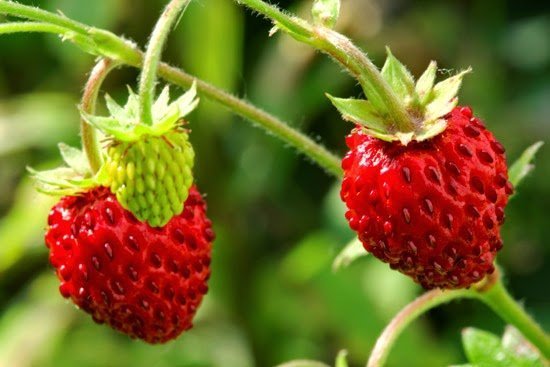 The most important quality of Paris is that you can like it without any specific reason. It’s a place, having always a feel good quality.

Parisian Road or the French road has another specification. You often see roadside café; but do you see any café in the midst of the road. You can see it in Paris. Another romantic scene is that you can spend your total day within a café just with a cup of coffee. None will tell you anything for that. But if you can order one white wine with it, then it’s more than enough! You can sit there day long to see the walking people or tourists.

You can recognize tourists to see their faces. You can guess that most of the tourists are American, but in reality; it’s not. You can see lots of Japanese there. You also can find people of German and Russian. Even you can find Bengali too but hardly find any Bengali lady alone. You can experience one or two walking Bengali couple fighting as well crossing the road. Maybe the husband brings his wife directly from Kolkata to Paris; now tackling the hazards of culture shock!

Another thing you will see in the Parisian Lady. Almost all the French Ladies are very beautiful; just like art paper. Yet ever you find any touch of hard cosmetics; they simply avoid it or know the art of avoiding. Maybe they know something other.

But at this context, another thing you need to know.

There is a market- place in Paris; named Montmartee. It’s famous for women’s flesh and blood. You can’t imagine; how many ways a woman’s body can be cooked and then presented. There are live shows, sex theater and much more. This is same in London, Amsterdam. If you went through the road, you will also find some ladies are waiting on the roadside for their clients. You will not tell them bad. People need to do lots of things for survival. For that, women can also make their own survival. But other people can do business with them; that’s hard to bear.

Another thing is that the common people don’t go for this kind of live show; so that tickets are very cheap there. One sex show is cheaper than one cup of coffee. But you can find a huge line in front of every Art gallery in Paris. You need to book one theater ticket before one month ago in Paris to see the show.  Bad culture doesn’t win; ultimately art wins. And now, I am telling you about the supermarket of Paris. These all are huge shopping mall just like the finest architecture of the world. You can find everything, from alpine to elephant; maybe the live elephant also. If you go to the meat stall, you will see lots of birds there. You need to choose any one among these; and at a glance, it will come to you as some pieces of meat. Apart from this, you will see lots of vegetable size like Ravana, at least 100 kinds of cakes and 200 kinds of cheese. It seems that even a million of soldiers can’t grab this amount of food within 7 days.

And, after all the seeing, if I was there; somewhere I will feel a pain inside. Lots of food in France; but the neighbor country  Poland is still suffering in austerity.  One Long line you found there in front of every meat stalls; yet everyone doesn’t get this. There is the shortage of  children’s food too. France can send some of its assets to Poland; isn’t?

I am sure; if there was another person; he/she certainly told me “That’s the reason you‘re too simple. Is there any meaning for such question?  Lots of extra foods is in the homes of rich people in India; does it mean that they distribute it all among the less fortunate?’

Now and then, I’ll stop. Sometimes, we all really talk like a fool and so that people say “ Debasmita is very awkward. Don’t know what to say at what time!’’

Started her career in Times of India and former Post Graduate student in journalism, Debasmita has a dream to become a journalist and News Analyst. In her 3 years of her career; she has more than 500 blogs in both print and digital media. Writing is a way of life to Debasmita. She is an article writer/ blogger/ blog –developer/freelance translator, creative storyteller, Trans Creator/ Creative Translator. Debasmita is working as a developer in a leading education sector.

Creativity VS Neruda:Experience One Experimental Poet Pablo Neruda Through Another Perspective